Ohhhh my goodness, the food at the party last night was completely expansion-worthy! (The party was fun, too.) Here’s the birthday girl, Olivia, modeling one of her creations: 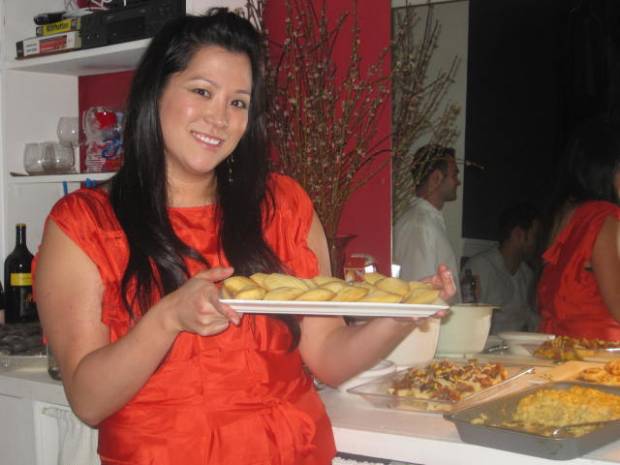 Olivia made everything herself, using her own recipes! And it was phenomenal.

This pizza was the star of the evening:

It had ricotta, honeyed goat cheese, caramelized onions, and truffle oil. I lost count after a while, but I might have had 12 (or more) pieces.

I had one sandwich … and then kept picking more pork off the tray every time I walked by and saw that a piece had fallen off of its bread.

She also made ridiculous macaroni and cheese and an amazing baked french onion cream cheese dip. Here’s my first of many bowls: 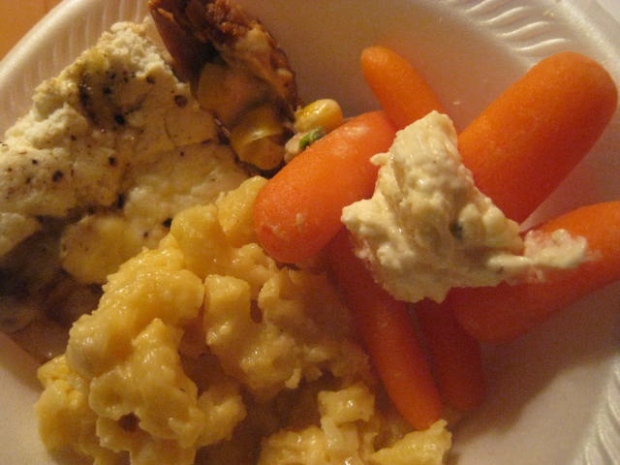 I also had a couple of these savory elephant ears: 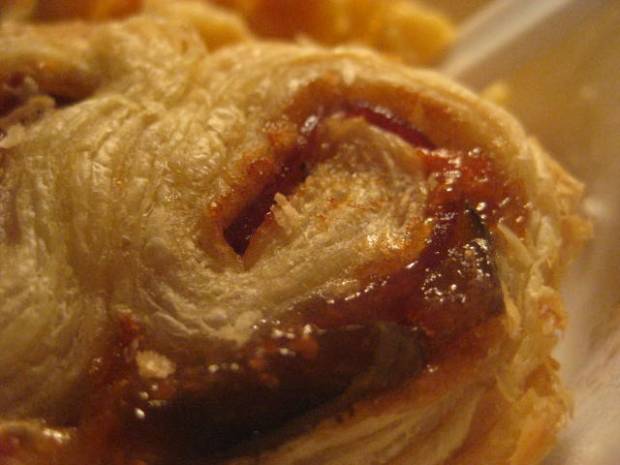 They were herby and also had some delicious crispy meat — maybe proscuitto? — inside.

On top of all of this, Olivia made cupcakes! Super chocolatey and moist with mascarpone-kahlua frosting.

I had one full cupcake, but by the end of the night, things had devolved to the point where I was dipping pretzels into the icing on others. My camera had been relegated to the purse by then.

Some other things I encountered included a piece of Entenmann’s chocolate-covered donut: 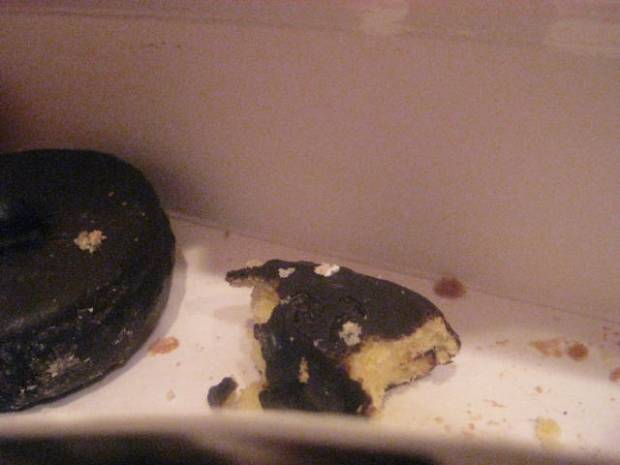 And an, errrr, unpictured cup or so of skittles that went down wayyyyyy too easily.

The party itself was a blast, and I wish I had remembered to take some pictures of the apartment because it was gorgeous and had way more space than I’m used to seeing in NYC. I also got to catch up with some old NYU friends (hi Jenniy!) that I hadn’t seen in ages. Thanks, Olivia!

I slept till 10 this morning (apparently, the trick to being able to sleep in is to go to bed at 3 am) and then went right to the gym because I had so much energy from all that extra food last night! I did 30 minutes steps, legs on the machines, and 30 minutes elliptical. The whole thing took about an hour and 45 minutes and I burned just under 800 calories, but honestly, I’m looking forward to when the half marathon is over and behind me and I can put an end to this cardio-loading (and the inadvertent yet not unrelated carb-loading). It’s taking a toll! With that in mind, I also spent some time this morning perusing YogaDork (an amazingly witty, sarcastic, and informative yoga blog, even for someone like me who has a somtimeslike-hate relationship with yoga) because I need to find more body-friendly ways to exercise!

What is too much for you right now?