On September 12, the girls and I made a departure from our standard style of “free-eventing” for something new.

As usual, Kate had the pulse on the hottest happenings around the city and asked Gina and me to join her at the Crossing the Line 2009 opening celebration for Le Bal NYC. 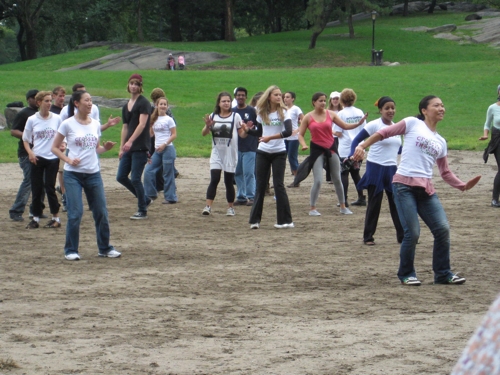 I’m still not even sure what the event was for, but we watched some brave souls taking free French dance lessons while we waited for the promised samples of French cuisine … like this carbohydrate perfection: 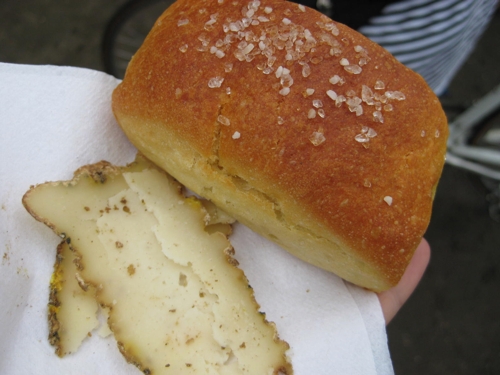 I made a sandwich and felt proud of myself:

And then I hunted down more cheese: 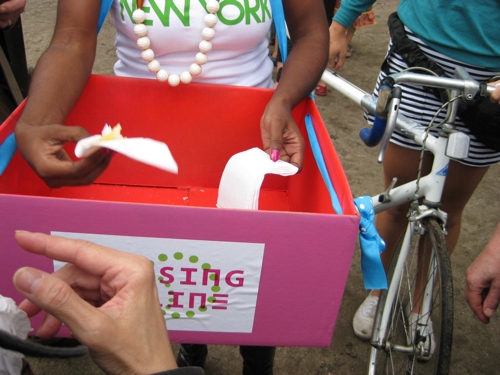 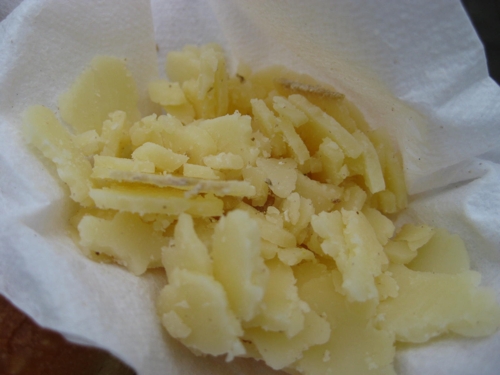 However, the rain began, and Gina, Kate, and I couldn’t stick it out to wait for the promised French bento boxes (cultural fusion if I ever saw it), so we headed to the nearby Corner Cafe to satisfy our growing hunger. These pies called to me through the window pane, and we had no choice but to stop in and investigate: 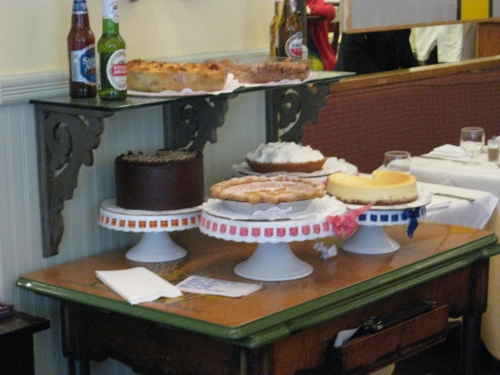 Something about the decor really pulled me in, but I couldn’t quite put my finger on it …

… until I took a closer look:

I actually wasn’t that hungry, so I ordered an earl grey tea with milk and honey:

Gina ordered the turkey pinwheels with chickpea soup. I had little tastes of both and was a fan: 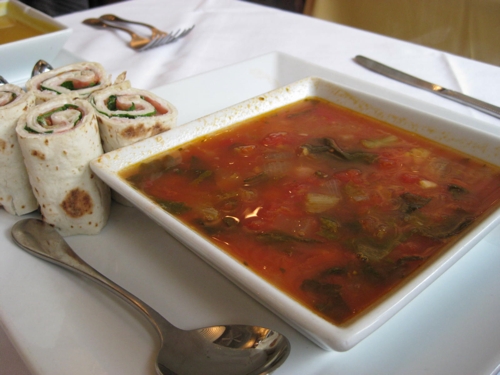 Kate got the butternut squash soup. It was ok but tasted on the bland side to me: 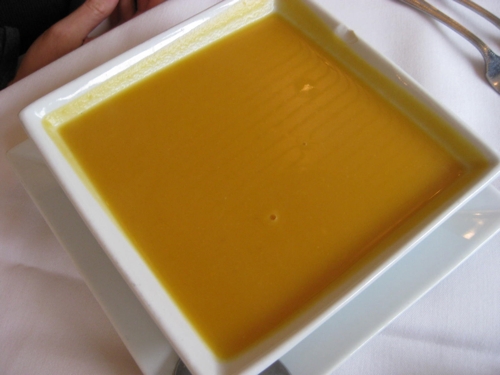 All doubts about this Corner Cafe’s food were forgotten, however, when this plate of warm apple crumble arrived in front of us: 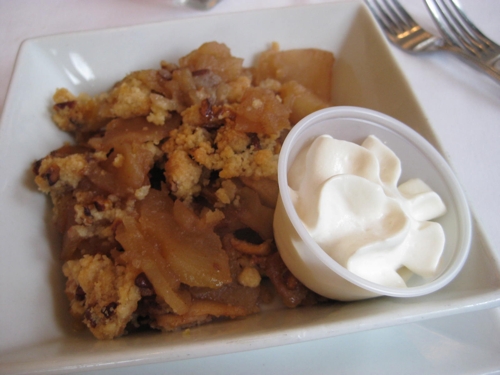 Mmmmmmm, totally hit the spot. Apple crumble is just one of those perfect early fall comforting and cozy desserts. 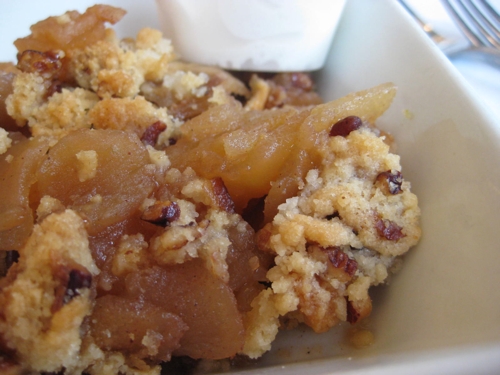 Who loves impromptu bakery excursions? I do, I do!

The next day, more quasi-free excitement was in store at the Komen Race for the Cure in Central Park. Sure I paid a registration fee, but the rows of promotional tents (not to mention the experience of participating in the race itself) represented a worthy investment.

I remembered the Yoplait tent from the year before and was thrilled to find it waiting in exactly the same location. I loaded up on new flavors to have over the week.

And then there was my favorite tent of all time: Key Food! 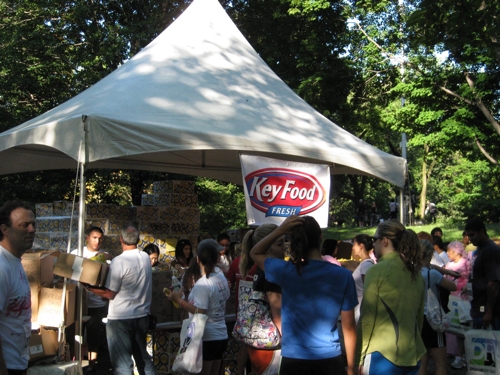 Last year, I literally packed up a week’s worth of produce at this tent: apples, pears, bananas, and FRESH FIGS! This year, however, the produce was limited to bananas:

Farmland Dairies also had a spot, so I snagged a chocolate milk and drank half pre-race and half post-race: 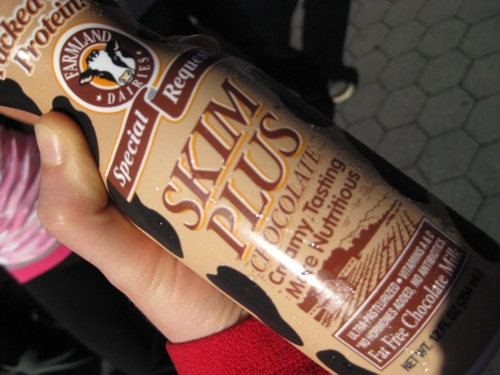 I worked out a similar half and half arrangement with this Snickers Marathon bar for the Key Foods tent:

It was yummy for a free snack, but you know I’m not into buying this sort of thing.

After making the rounds to collect the goodies, Erin, Mike, Nicole, and I checked our bags and flew through the 5k as if we were born to do it. Believe it or not, I actually did not feel satisfied with just the 5k and ended up running another six miles later in the day. The weather was too perfect to pass up that opportunity. I’ve been finding myself running quite often again as of late, but I just can’t motivate myself to get to the gym for the strength training that I know my legs need to support the toll running takes on my body. Ughhh, I really don’t want this to happen again, but I get so bored at the gym! Heeeeeeelp!

What are your favorite, non-boring ways/activities for incorporating strength training into your life?

5 thoughts on “The three Cs”