After Erin’s wedding, pretty much everyone stayed at the nearby Hampton Inn … which meant Otis Spunkmeyer cookies upon entry! 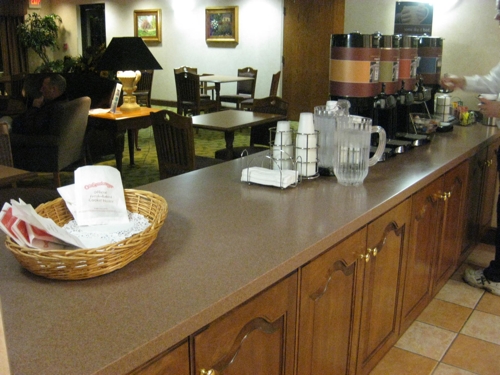 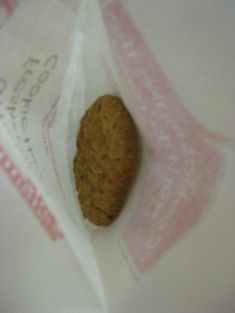 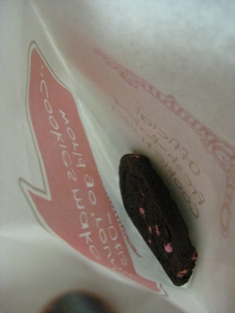 After the cookies, I followed the pointing scarecrow to my room …

… and came upon this sight! 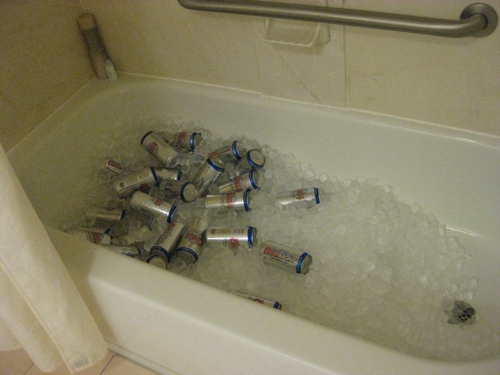 My hotel room turned out to be the handicapped-equipped room … which meant a big bathtub. My roommates had made the obvious cognitive leap from there to convert our room into the after party lounge.

Even more exciting than beer in the tub, however, was this big pumpkin randomly sitting in the middle of the floor: 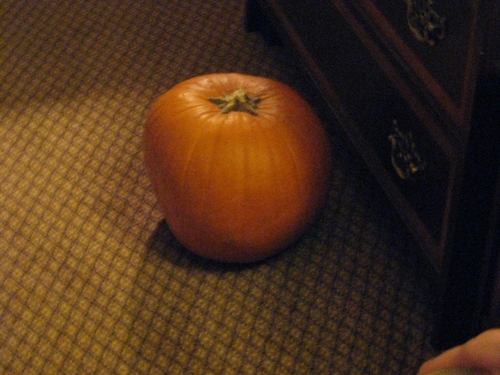 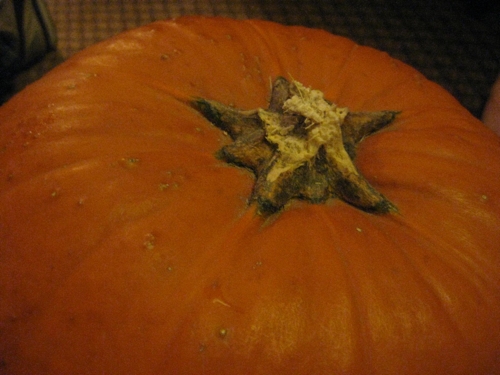 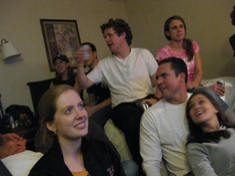 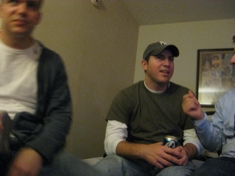 It was a mostly New York-based crowd clumped into a Massachusetts hotel room, so the crowd got rowdy in moments like this: 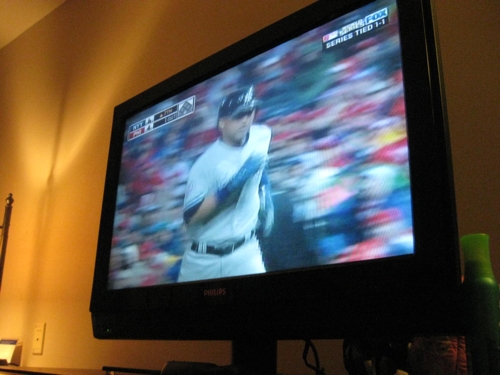 And then we got a noise complaint and got rowdier … 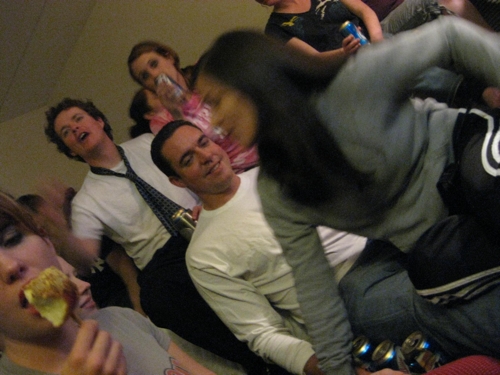 … and another noise complaint and rowdier: 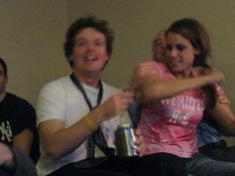 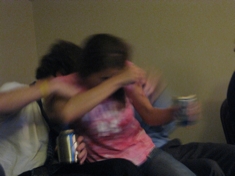 Pizza made an appearance to much fanfare… 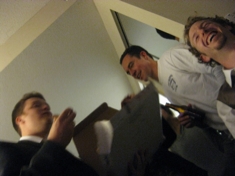 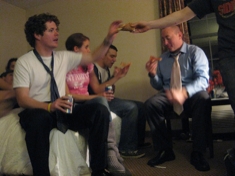 AK was released from photographer duties: 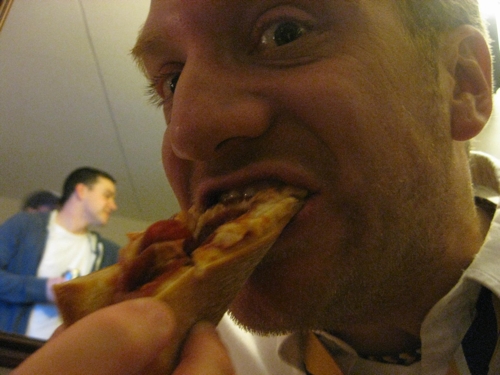 The candy apples from the centerpieces made an appearance, and AK modeled appropriate consumption behavior again: 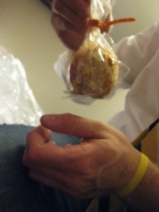 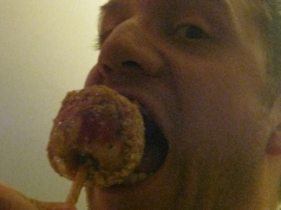 We got another noise complaint and got appropriately louder. Evidence: 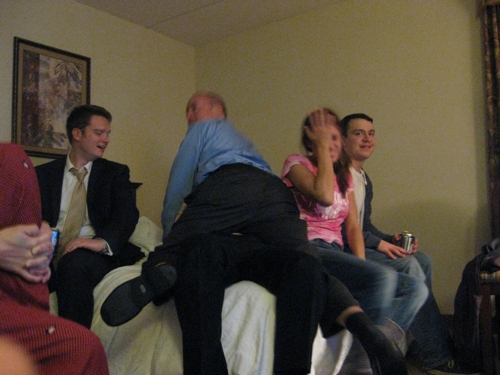 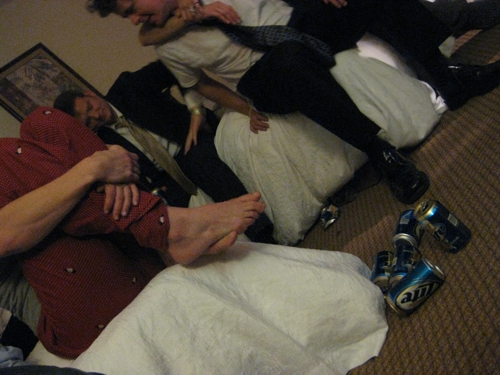 And then the Sun Chips arrived! 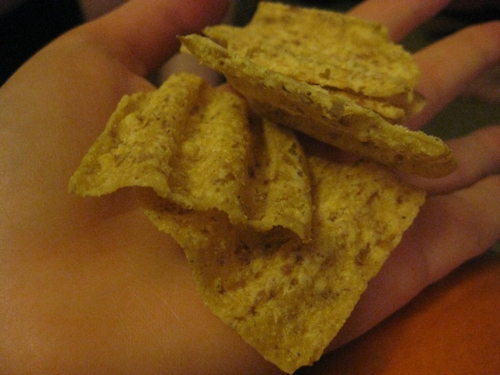 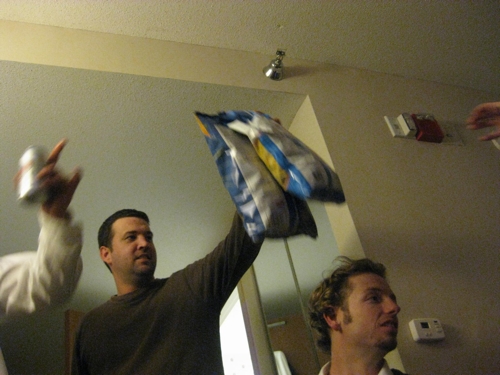 And the evening continued to spiral further out of control through more noise complaints and threats of an imminent hostile takeover by the Franklin Police Department.

In the end, however, we survived the fake blood … 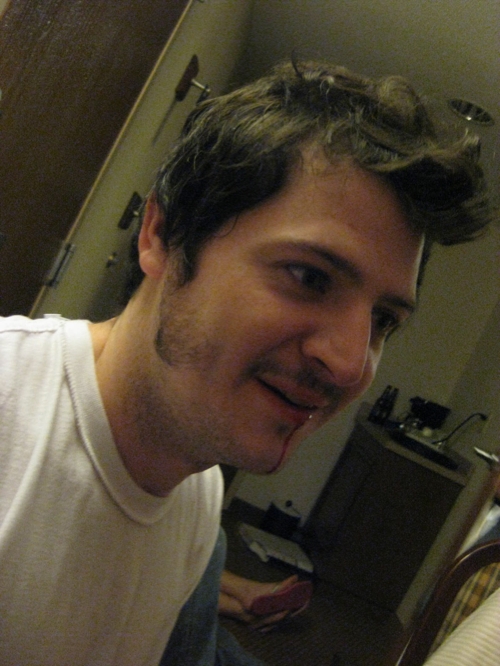 … and the party detritus … 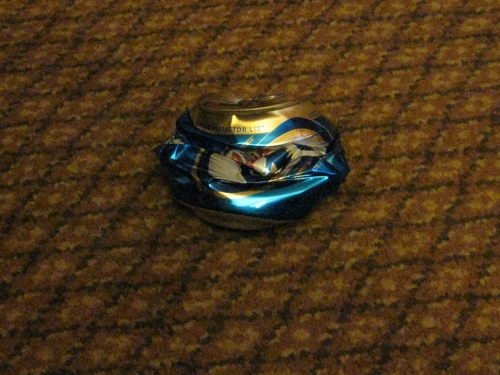 … with no arrests and love for everyone! 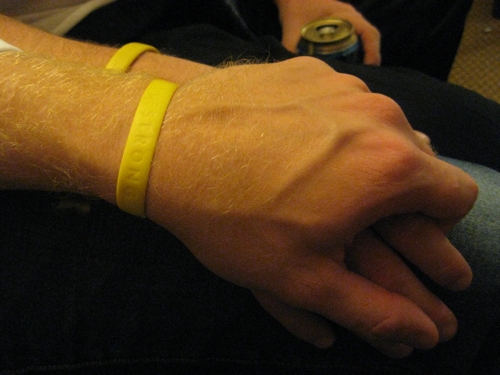 Survival was especially critical for locking in access to the hotel’s breakfast buffet the next morning! 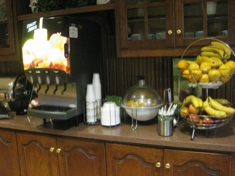 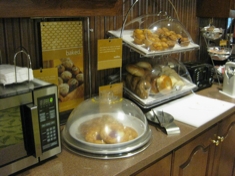 I had banana oatmeal with peanut butter, fruit salad, a biscuit with jam, a chocolate muffin, and wayyyyyy too much more!

I left the hotel with the newlyweds, and we made our way back home to collects some final odds and ends and say good-bye to the parents, and then we hit the road for our journey back down here to NY.

Once again, I looooove other people’s weddings and all the excitement surrounding them 😀

Where do YOU take the party after the party??

9 thoughts on “After the vows”