Our second day in Chicago was not yet Valentine’s Day, but I didn’t care. I wanted this cookie: 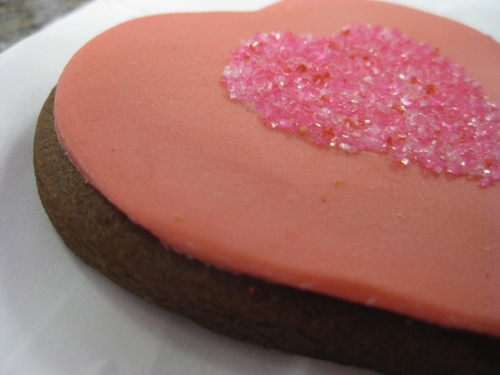 Mmmmm, I am such a sucker for pretty frosting!

Anyway, Erik and I started Saturday with caramelized banana oatmeal, a brisk jog including a couple laps around the University of Chicago ballfields (conveniently located blocks away from his brother’s apartment), and a lunch of roasted cinnamon-cayenne acorn squash. After getting those morning preliminaries out of the way, we set off on our official mission to Millennium Park … 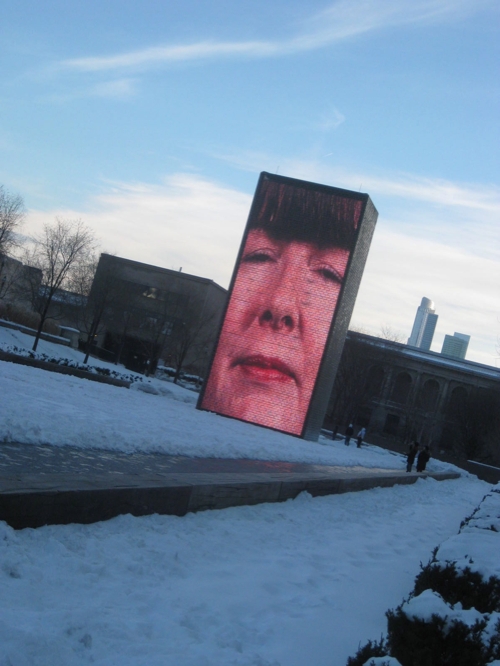 (Although giant art appreciation was not part of our agenda, how could we not stop to appreciate the skyscraper faces and magic silver bean?) 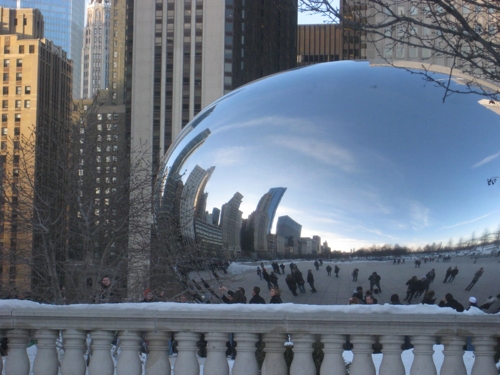 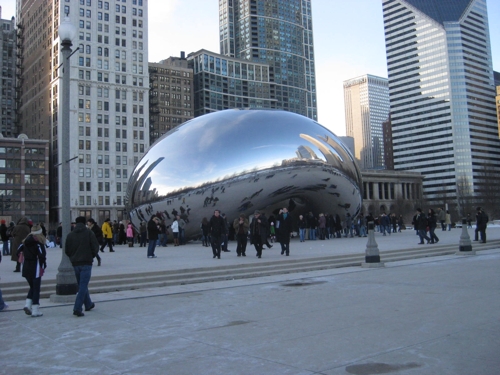 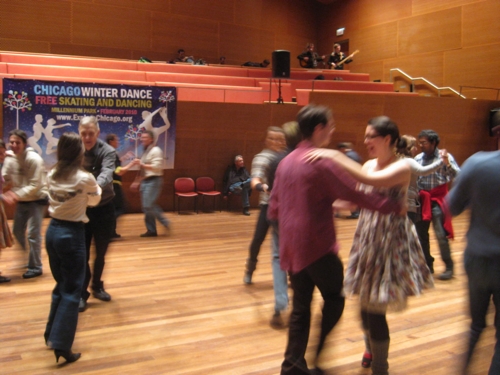 I found this activity when I googled “things to do in Chicago,” and it was the best stroke of luck ever! 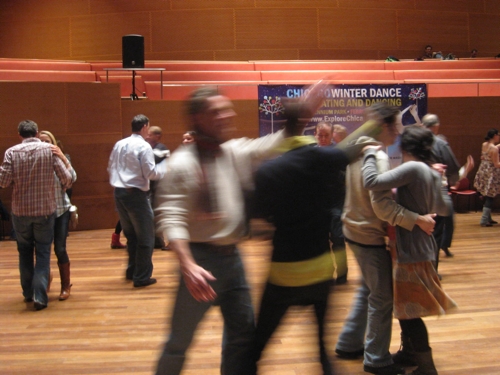 We learned to dance on the actual Pritzker Pavilion stage, comfortably shielded from the elements by temporary floor-to-ceiling glass windows that disappear in summer: 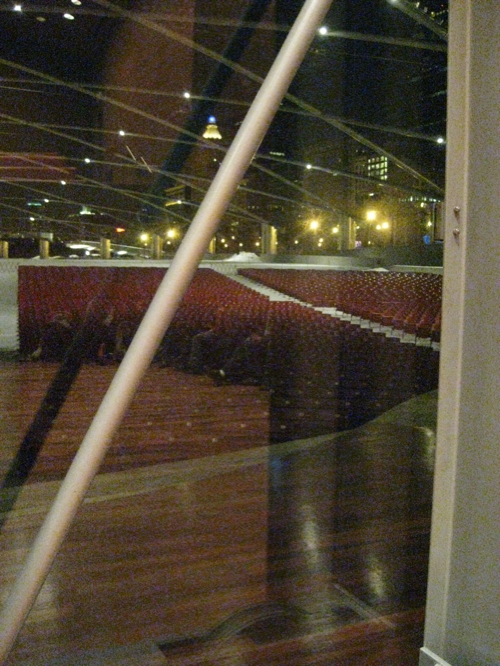 I dressed appropriately in flannel … 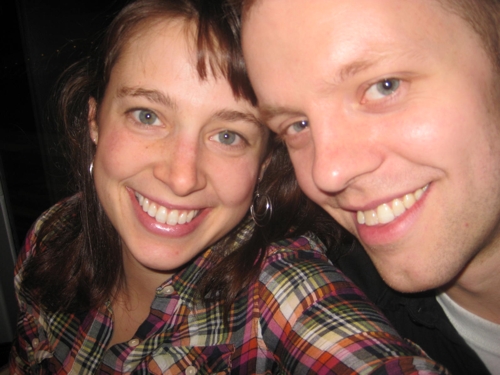 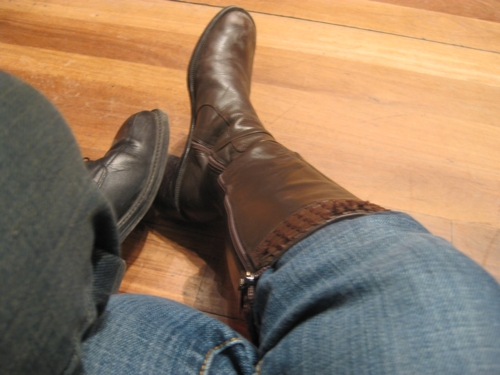 If you’re going to go boot-scootin, you have to do it in style, of course.

On the way out after our three hours of dancing (1 hour of lesson plus 2 hours free-dancing to the live bluegrass band), we asked an older local couple where we could find some authentic Chicago pizza. They pointed us in this direction: 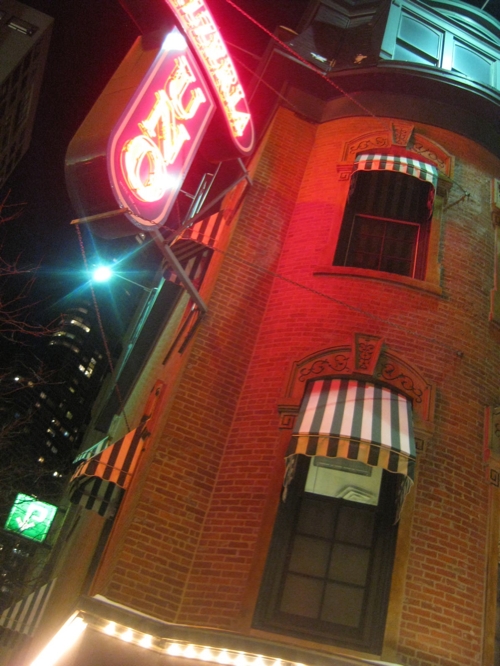 In reality, when the woman suggested Pizzeria Uno, I burst out laughing because, ummmm, you can get Pizzeria Uno anywhere in this franchise-riddled country. She patiently explained, however, that she was not joking and that the Chicago Pizzeria Uno was different from the rest because it was the first-ever location, was begun pre-franchise, and was the actual originator of deep-dish pizza. 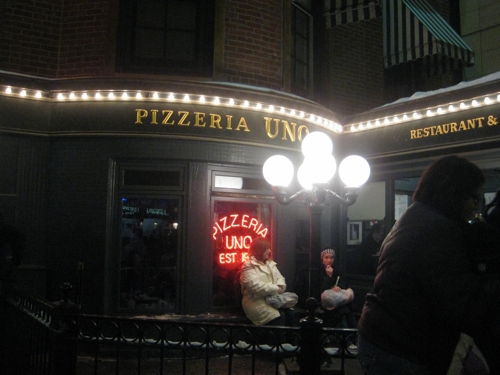 We went to put our names in and found out that the waiting list was 90 minutes minimum! We decided to stick it out, though. We had time! Plus, they took our order when we gave our names. That way, they could be cooking our pizza the whole time we were waiting so that it arrived 15-20 minutes after we sat down. BRILLIANT!

We were obviously famished after our 90+ minute wait, so we had a salad delivered to the table within 30 seconds of sitting. Grabby fingers: 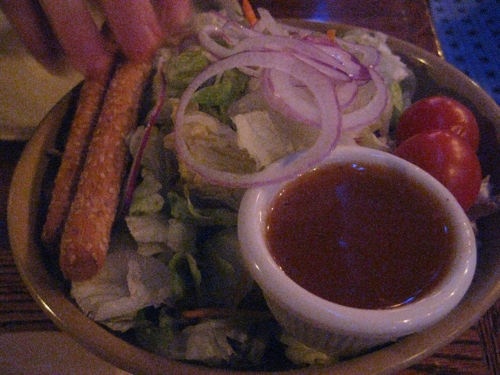 And … finally … the masterpiece arrived! 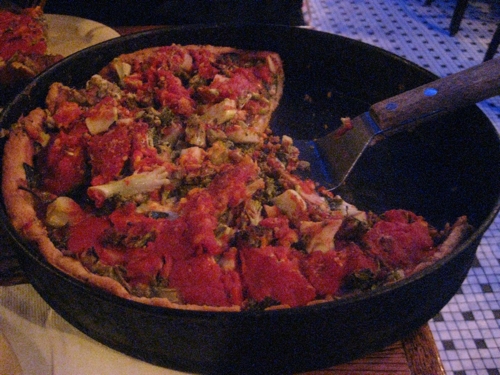 We ordered a medium Spinoccoli with half sausage. The lady up front warned us the medium was too big for two people, but we patiently explained that we are the two people with the biggest appetites in the world 😛 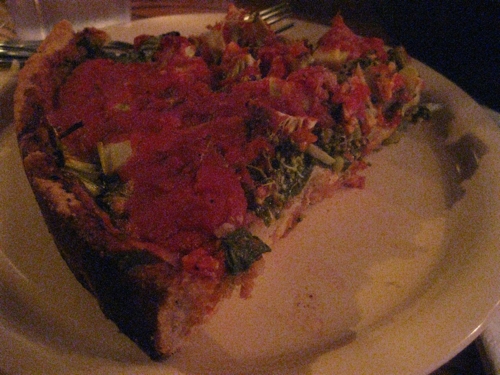 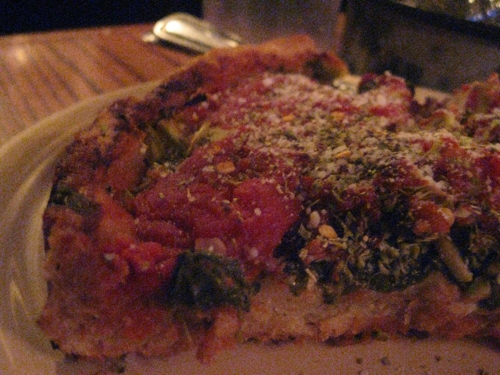 I’ve had many a spinoccoli in my life, and I must say, this was by far the best. The crust was SO much fresher and crunchier than any Uno’s crust I’ve had in the past. Despite the deliciousness, however, I will always be a New York thin crust girl at heart ❤

OK, so we talk a good game but, to be honest, our stomachs apparently do have bottoms. We could not finish everything, though we made a valiant effort by eating all the filling: 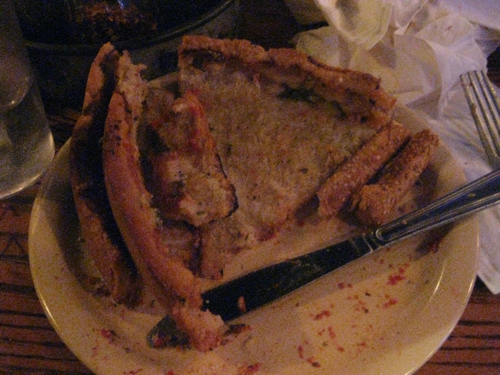 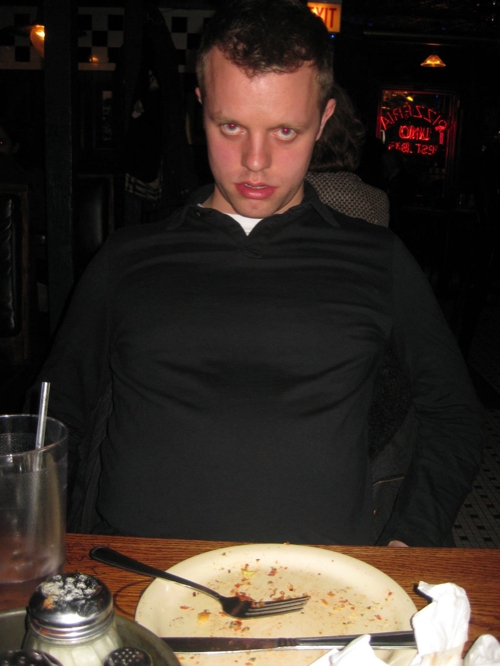 I accepted defeat and politely asked our server to wrap up the crusts for a future snack 🙂 Oven-toasted crusty bits with homemade guacamole the next night perhaps?? 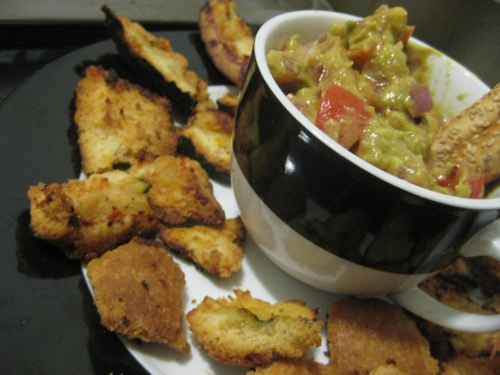 Nothing gives me more satisfaction than successfully repurposing food. (OK, that might be a slight exaggeration. But only a slight one!)

Have you ever eaten at the original location of a franchise? How was the experience?