A few weeks ago, my CSA had a Meet & Eat Potluck gathering in Carroll Gardens. Obviously, I did not want to buy anything new to bring to the event. Since we had been receiving 12-14 plums every week from the CSA, I googled plum recipes and found this from Barefoot in Paris.

I loosely followed the instructions and filled the bottom of a baking dish with lots of plum halves, cut side down. I browned a mix of Sugar in the Raw and water (I had to guess because it was brown to begin with!) and poured it over the plums. 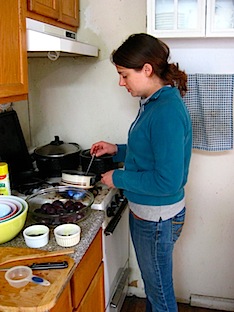 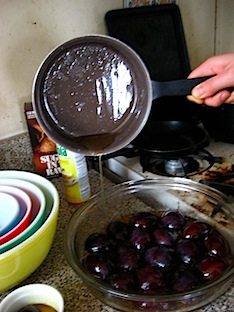 I also made two baby ones for taste-testing purposes: 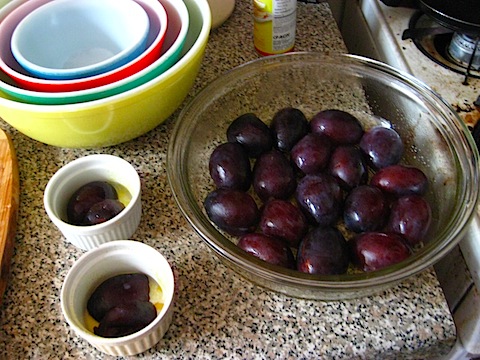 Then, I smeared batter over the whole thing. I used yogurt instead of sour cream, lime zest instead of lemon zest, unsweetened coconut flakes instead of vanilla extract, 3/4 whole wheat flour and 1/4 white flour instead of all white, and somewhat less sugar than required, given that the whole thing was doused in that melted sugar caramel concoction. 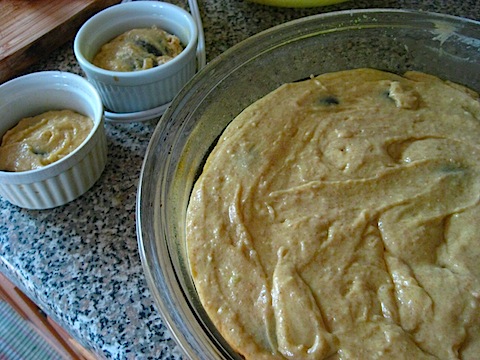 I baked it and cooled it and then inverted it. 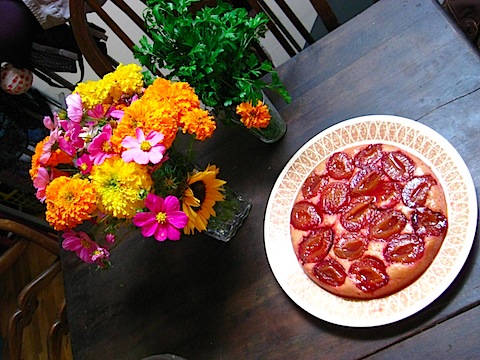 I was obviously in love with how pretty it was and could not stop taking pictures. 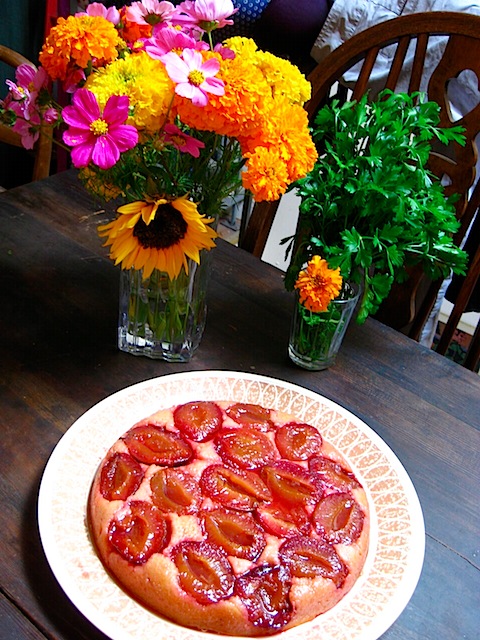 Sprinkled with coconut (instead of powdered sugar): 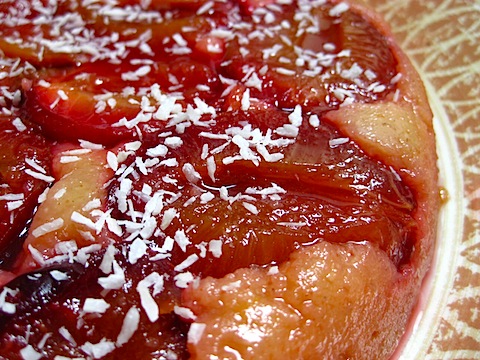 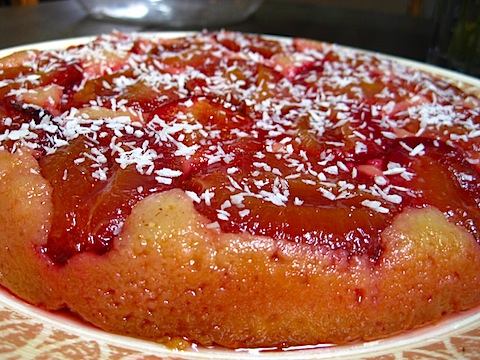 When I cook things for myself, I tend to go nuts on the substitutions and make it as healthy as possible. I have to reign in those instincts when I am cooking for others. I think I made a good compromise on this cake and was excited to share it at the potluck. 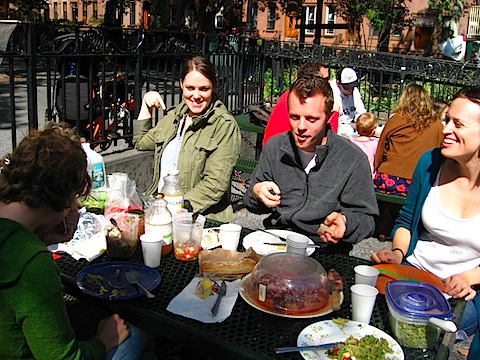 Aside from the cake, we had tons of delicious food including lots of salad, pesto pasta, wheatberry salad, freshly baked homemade bread, and the list goes on. 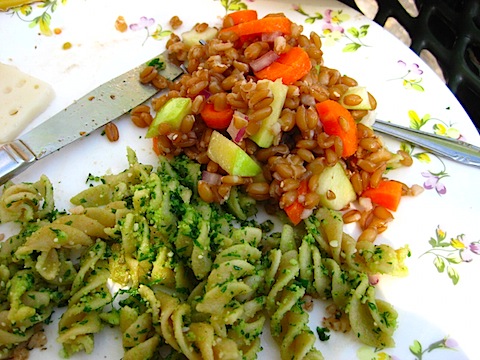 The cake was a hit 🙂 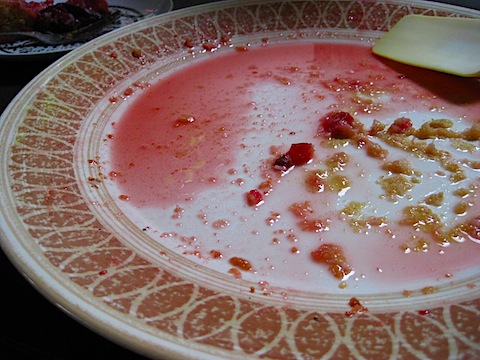 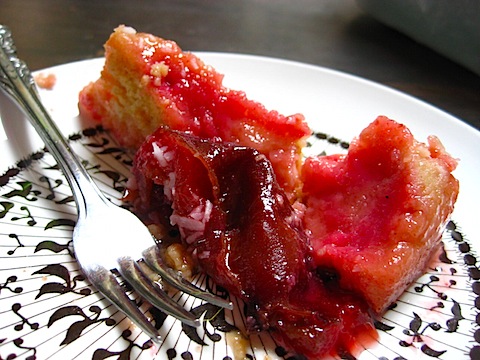 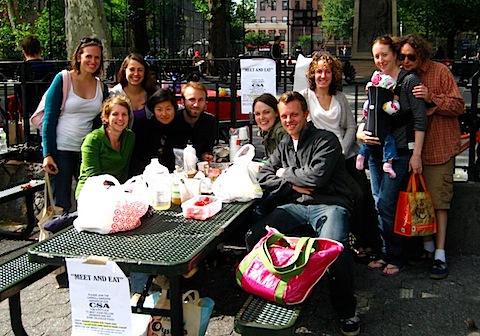 P.S. If you were cringing at my disgusting stovetop in those cake pictures, do not fear! I also did a big scrub-down when I finished with the cooking saga: 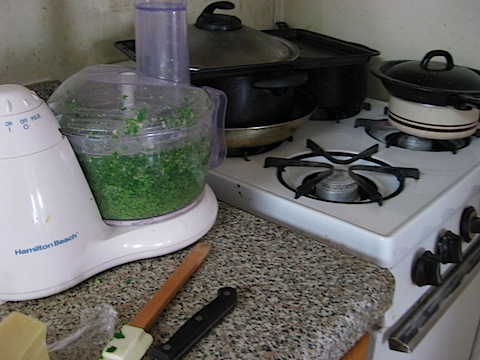 Much better! It’s amazing what some steel wool can accomplish. The End!