I was SO excited when Brandi chose spinach for this week’s BSI. I have always loved spinach, but I’ve never really tried to be creative with it. My inspiration for this recipe came from the need to use three items: (1) spinach, obviously; (2) the cranberry-covered goat cheese that I found leftover from a catered event at grad school earlier this week; and (3) two mushy oranges that were already causing trouble even though I just bought them on Saturday!

Now, before you start reading the recipe, let me just give you warning that a lot of things here are made-from-scratch and this recipe looks looooooong. Please don’t panic!! This is just my preference for cooking — if I can make something myself, I’d rather do that than go out and spend more money than it’s worth! I did manage to make this dish on a work night in under two hours, so it looks more complicated than it actually is. However, since the goal of this BSI is to create an accessible recipe, I will include my suggestion for accessibility and efficiency at the end :-).

1. Start by making the pasta. With a fork, stir together the flour and the salt. 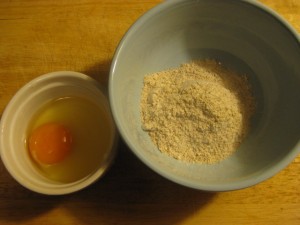 2. Add the egg white a little bit at a time until the dough just comes together. (You can use the whole egg if you’re making more pasta than this and need the moisture to hold it together). 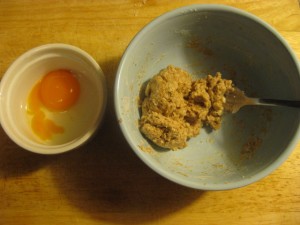 3. Roll your ball of dough in a bit of dry flour and set aside to sit for 30 minutes. 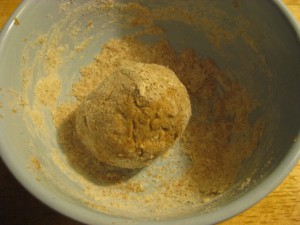 4. In the meantime, make the filling. Put the spinach leaves and one chopped orange into a pan and sautee on medium heat. There should be enough moisture from the orange’s juice and from the spinach so that you don’t need to add additional water or oil.

5. Sautee until spinach is wilted.

6. Transfer the spinach-orange mixture into a strainer set over a bowl, and use a wooden spoon to press juices out.

7. Save juices for later! 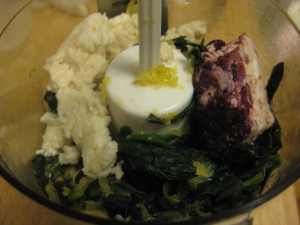 10. It has probably been 30 minutes, so set filling aside and return to your pasta dough. Thoroughly flour a large cutting board and rolling pin, and start to roll out the dough.

11. That’s not thin enough. Keep rolling.The dough will probably get too big for your cutting board. Cut it into two pieces, and keep rolling.

12. Roll until you think your arms will fall off. They’ll thank you tomorrow :-). Your dough is thin enough when it is almost transparent, like this: 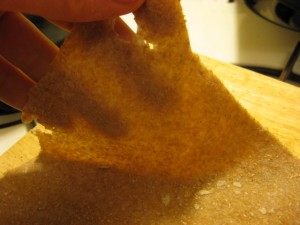 13. Use your cutting tool of choice (I like to use a pizza cutter) to cut the dough into strips two inches wide. (I started with one inch and realized it was too small, so I moistened the edges of two strips and pressed them together to make them wider.)

14. Drop filling by heaping 1/4 teaspoons onto half of the dough, leaving just over an inch of space between mounds. 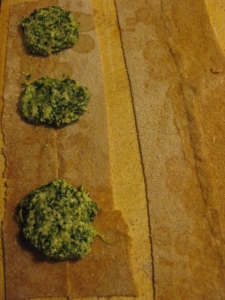 15. Use wet fingers to moisten the dough around the filling (to facilitate a strong ravioli seal). Drape an empty strip of dough over the “filled” strip.

16. Use your fingers to press the two sides of dough together over the mounds of filling.

17. Use your cutting tool to cut the strip into separate ravioli pieces. Trim off any excess dough, and repeat the rolling process to make more ravioli (and don’t kill me). I made six big ravioli and two babies. Press around the edges of the ravioli with a fork to ensure a proper seal. 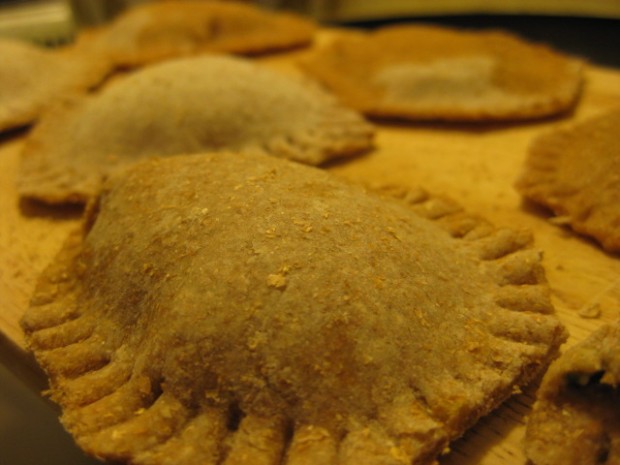 18. Fill a large pot with water, a pinch of salt, and a drop of olive oil (to prevent the ravioli from sticking to each other while cooking).

19. Wait for the water to boil. In the meantime, start your glaze. Retrieve your chopped spinach stems, the 2nd chopped orange, and the juices you saved from sauteeing the spinach and orange earlier. 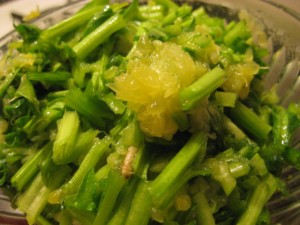 20. Put these three ingredients in a pan and sautee until the spinach stems are tender and wilted. Add balsamic vinegar, 1 tsp olive oil, and spices (basil, cinnamon, ginger) to taste and simmer another minute. 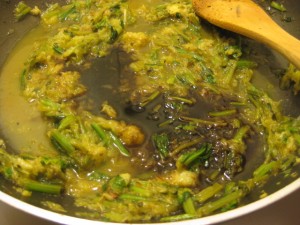 21. Your pasta water should be boiling. Add ravioli one by one and cook until they float to the top. (I only cooked four at a time to keep things from getting too crowded in there.) 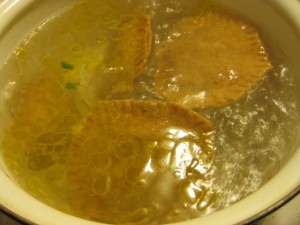 22. Use a slotted spoon to remove ravioli to a plate as they finish cooking. 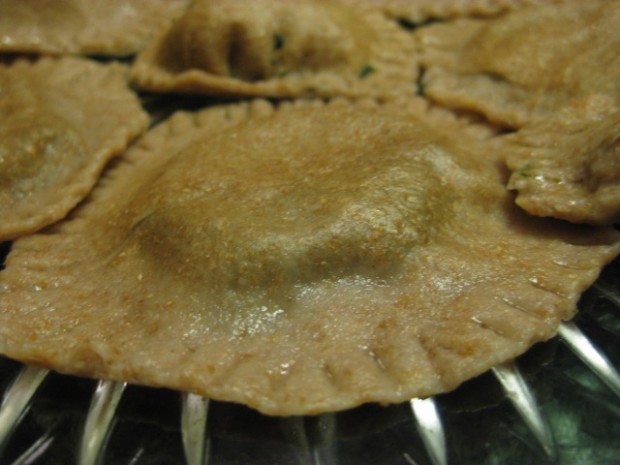 23. Toss cooked ravioli with glaze, and top with coarse sea salt and freshly ground black pepper. I also grated a bit of homemade cheddar on top (it tastes more like blue cheese than cheddar at this point ;-)).

24. Sink your fork into one and look at how pretty it is inside. 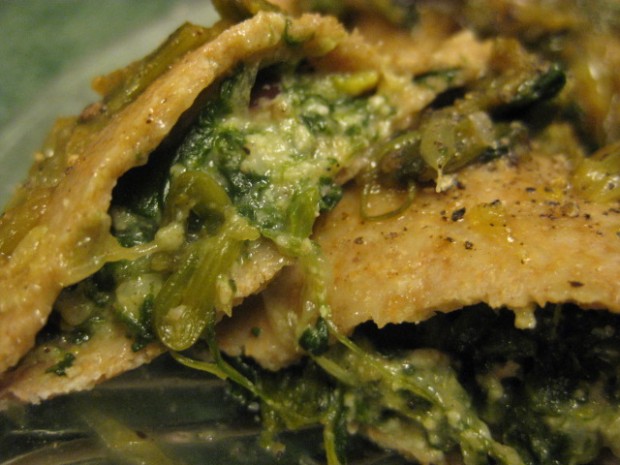 I have to admit that I was a little nervous the flavors in this dish would be too strong and competitive with each other, but it turned out great! I could taste each distinct ingredient — the goat cheese, the spinach, the cranberries, the orange, the balsamic — and the flavors mingled together perfectly.

Like I mentioned before, I had about half of the filling left over (1/2 cup), so you could easily double the pasta recipe and make four servings. I put the filling in a jar to save for future topping on rice, toast, veggies, etc. Speaking of which, if you’re not into slaving for your meals, my accessibility suggestion is just to use any type of whole wheat pasta in place of the ravioli, toss it with the filling and the glaze, and voila! Same flavors, different package, and you’ll be eating 90 minutes earlier. I’ll probably be doing this myself with the leftover filling as the week goes on :-).

Thanks for hosting the contest this week, Brandi!