I met Gina, JQ, and Di this afternoon at Tea Spot, a teashop in the village, to celebrate Di’s engagement. Here’s the guest of honor modeling her tea ring: 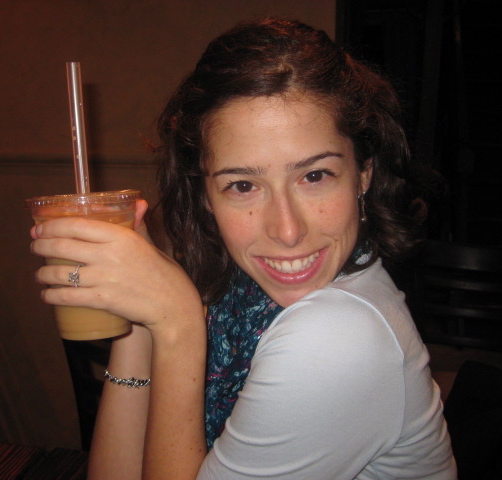 We had to order our teas two at a time so that the other two could guard the table because tables are hard to come by around here. I had been planning to order a regular ol’ pot of earl grey, but Di started asking the guy behind the counter about frappe-y drink possibilities. Good thing she did, becaue the menu gave no indication of the fanciness available!

The guy was very helpful (there’s just something about a man behind a bar, is there not?) and opened several barrels of their loose leaf tea blends to waft the tantalizing scents in our direction. He explained that we could choose to mix any of the blends with fancy tea powder (the kind that is sweet and milky already when you add water to it). Di got almond cookie with taro powder, and I got creme de chocolate with taro powder. When we were through, we sent Gina and Q up to Chris at the bar, and they came back with butter toffee/taro and coconut/taro. We did a little merry-go-round of taste tests — all delicious!

Also, Beadie’s earrings made their public debut, earning a number of appreciative comments:

As Chris, our barista(o?), had warned us, the teas tasted strikingly similar to the addictive blend present in bubble tea. I knew in advance that this would be a problem, as I was out-of-my-mind addicted to the tapioca balls all throughout college, thanks to my old roommate Ilin who introduced me to them freshman year. I left the teashop with an uncontrollable craving for the real deal and stopped into Hanco’s, the bubble tea cafe that just opened in my neighborhood (yay! except that it took the place of the Tea Lounge, which was way better) on the way home to satisfy the urge. I ordered an unsweetened jasmine tea (because the bubbles are sweet enough all on their own) with extra balls:

I saw those flowers when I walked in and chose a yellow straw for color-coordination purposes. Also, inspired by pretty green girl and St. Patrick’s Day (I am part Irish, after all), I greenly saved my cup from the Tea Spot so that Hanco’s could refill it instead of giving me more plastic.

The balls masquerading as a biology experiment:

I made another stop at the laundromat to check in on the status of my clothes and found that they were, in fact, washing my clothes for me and told me they’d be done in an hour. Total cost? $21 … exactly three times what I pay to do it on my own! Eek! Oh well — it wasn’t in my budget, but this one-time expense won’t break me, and I’ll be more careful next time. Plus, I saved so much money on groceries Friday night that things should balance out. More good news: not only did the laundry man avoid putting my delicates in the dryer, but he actually lectured ME because he could tell that one of my wool sweaters had been dryer-ed in the past! And now everything is folded, so I don’t have to spend tons of time putting stuff away right this minute to keep it from wrinkling.

I spent a good chunk of time tonight getting food and lunches ready for the week. The veggies I scored Friday night got roasted. Before: 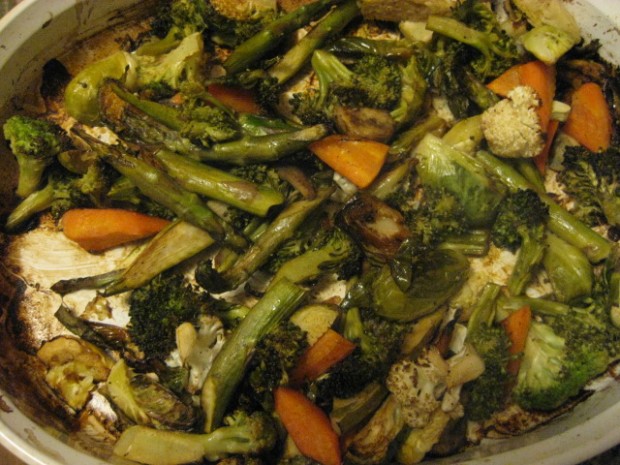 I used half of this giant avocado to make more chocolate mousse a la Heather. Before: 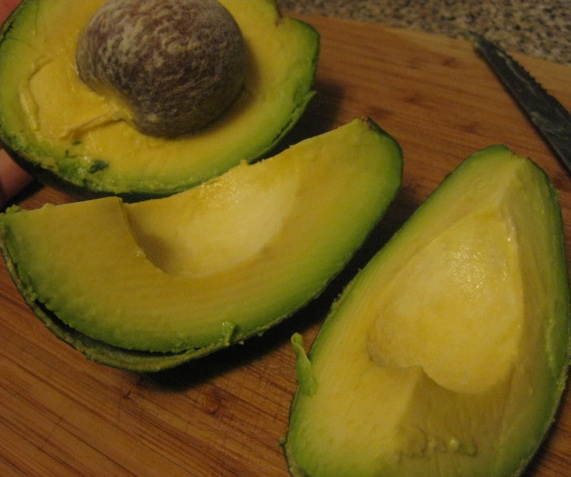 With the other half of the avocado, I made asparagus guacamole, a trick I’ve heard about before but never tried. I needed enough guac for a week (and I knew that half an avocado, no matter how gigantic, would not cut it), so I threw in a bunch of steamed asparagus to make it stretch. 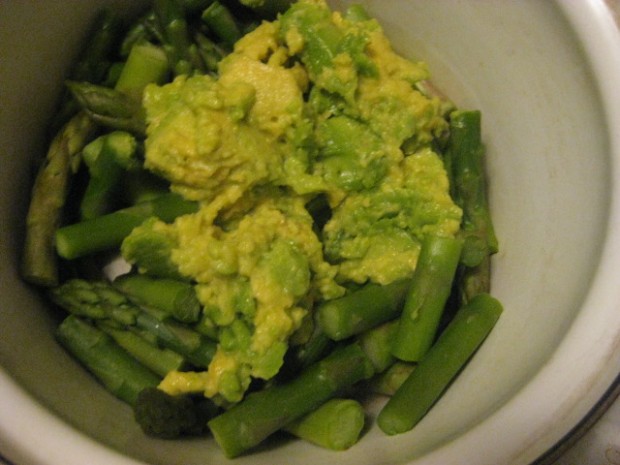 After after (mixed with salsa, the other 1/4 avocado because I like it chunky, lime juice, s&p, and red pepper flakes): 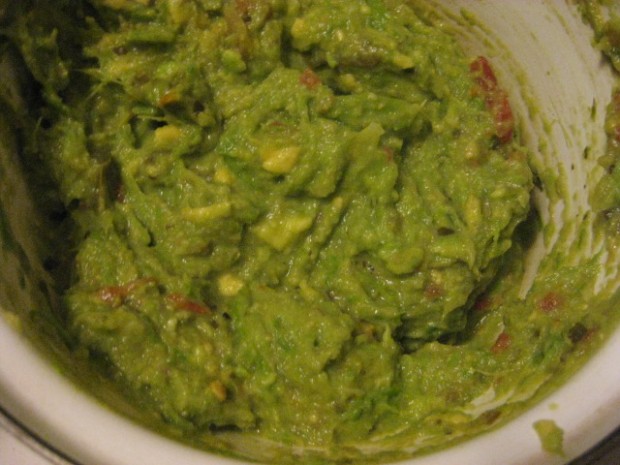 I had a few bites — the asparagus flavor came through slightly (which is fine with me since I love asparagus), but it’s still definitely guacamole :-D.

I had been planning to eat some of the roasted veggies and guac for dinner, but after the balls and all the nibbling-while-cooking, I wasn’t hungry at all. I almost ate it anyway since it was all prepared and ready to go, but I listened to my intuition (thank you, Intuitive Eating) and realized I just wasn’t interested. I will save it for when I am hungry and can really enjoy it.

It’s past my bedtime as usual, so I’m headed straight to bed!

How do YOU feel about the balls?