I had so many things to say, but then baby Beatrice arrived, and I forgot them all. 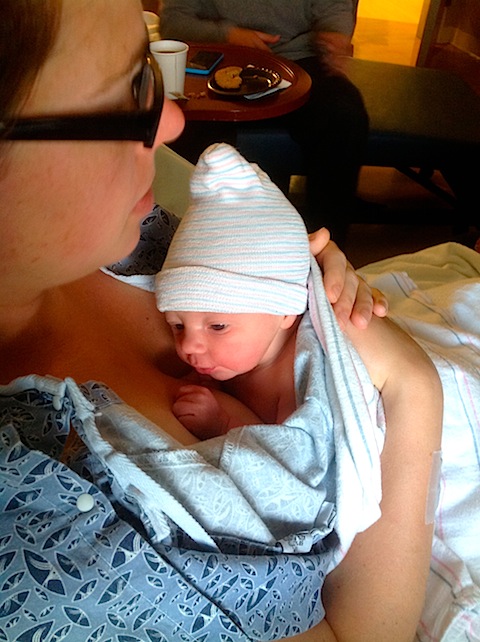 I had a lovely plan for a peaceful, unmedicated birth center waterbirth. Did not happen! Maybe next time.

I had another brilliant plan to spend my entire 12-week maternity leave freezing, canning, and finding other creative ways to store all the farm-fresh produce Erik was bringing home … and blogging about it. Also did not happen, since I was lucky if I even found time to brush my teeth! The upside was that Erik became a chef extraordinaire during that time (actually, he’d been doing most of the cooking while I was pregnant, too!), saving me from having a diet based entirely on ice cream. 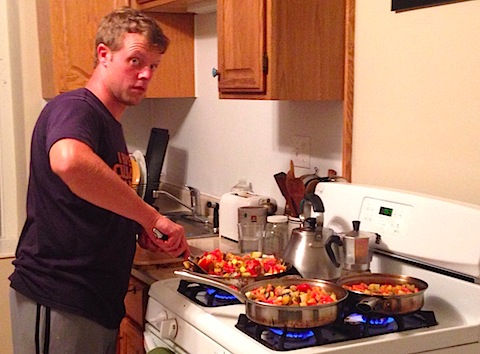 Not joking about the ice cream. 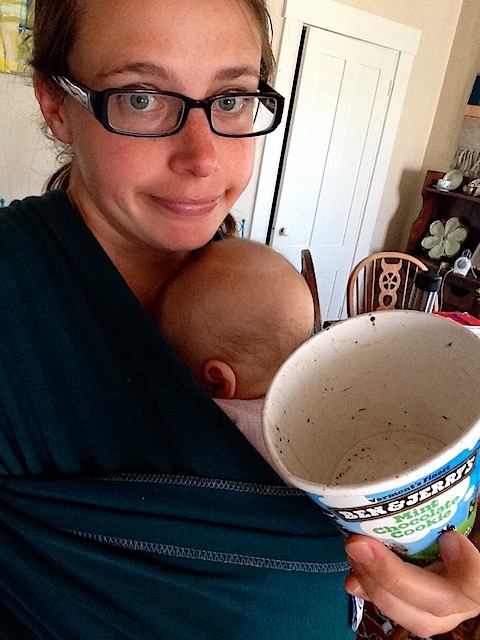 As the end of my maternity leave approached, we decided the only possible option was for me to quit my job to be a temporary stay-at-home mom.

One: Beatrice would only nap in a carrier. 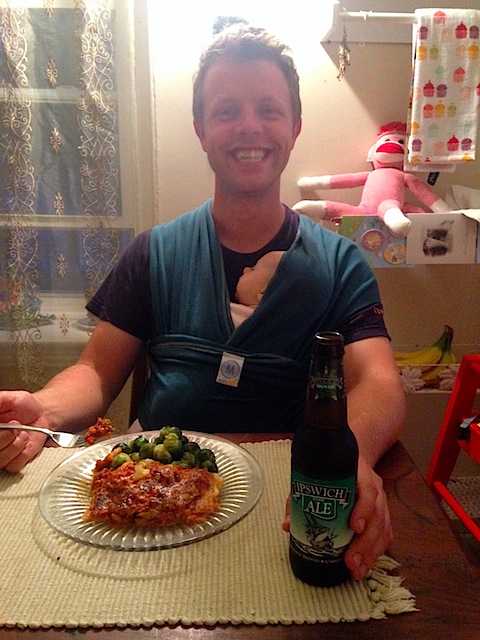 (Many thanks to friends who kept us from starvation with delicious dinners when we were too exhausted to cook!)

The Moby and the Tula were complete lifesavers. We never would have gotten out of the house without them. 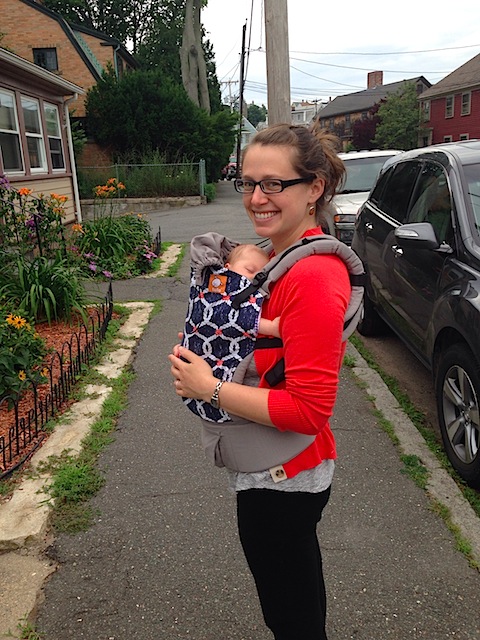 Two: The breastfeeding never ever stops. Feeding was further complicated initially by tongue and lip ties, and Beatrice seemed to take forever after we got them revised to figure out how to use her mouth in a way that did not disfigure me. Does this look like a person who can function in a professional environment? 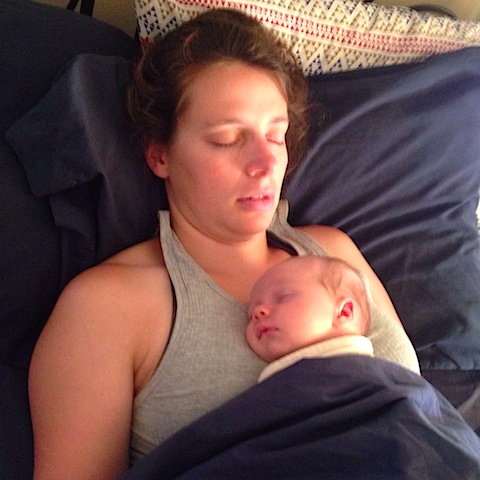 Three: This was every day from weeks 3-8. 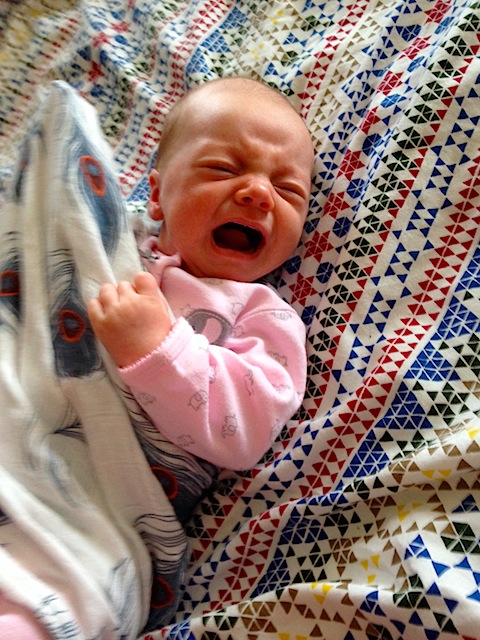 Four: There was no way that I could justify spending my entire salary on childcare and a commute that would require either 11 hours per day away from my baby or up to three hours per day commuting with her. 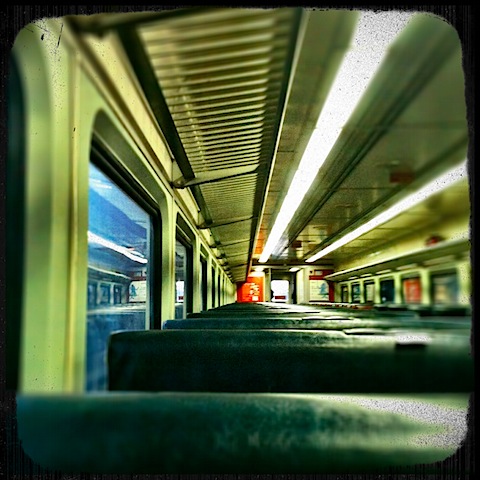 The decision to leave my job was bittersweet, but it was the best one for us. My ideal, dreamworld vision is to find a part-time job in my field within walking distance in January or February.

In the meantime, staying home allowed me to wear Bea for naps until she let me know that she needed a new system around 16 weeks. Her Moby naps at home went from 2+ hours to 30 minutes, her Tula naps while out walking became nonexistent, and nighttime (the only part of sleep that had been consistently “easy”) became impossible.

We moved her from the cradle in our bedroom to the crib in her room for all sleep, developed consistent pre-sleep routines, and did (and are still doing) a combination of modified cry-it-out and pick-up/put-down. Basically, we’ll let her fuss and shout in her crib by herself. If and when her cries escalate and it becomes clear that she will not be able to soothe herself without some trauma, one of us will go in and pick-up/put-down until she goes back to just mild fussing or shouting in the crib. Once she is a bit calmer and has her hands in her mouth, we leave the room and let her fall asleep on her own. Sometimes, we need to repeat this process over and over and over. Other times, she needs no help at all. If she still won’t sleep after 45 minutes to an hour (this is rare!), I go into her room, pretend she had a great nap, and carry on with our day until she indicates again that she is sleepy. Nights have gone back to being wonderful, with just one or two wakings to eat over a 12-13 hour stretch. I’m letting the process go at her speed, and I’m so grateful I have the option to be home with her right now while we figure out what works. 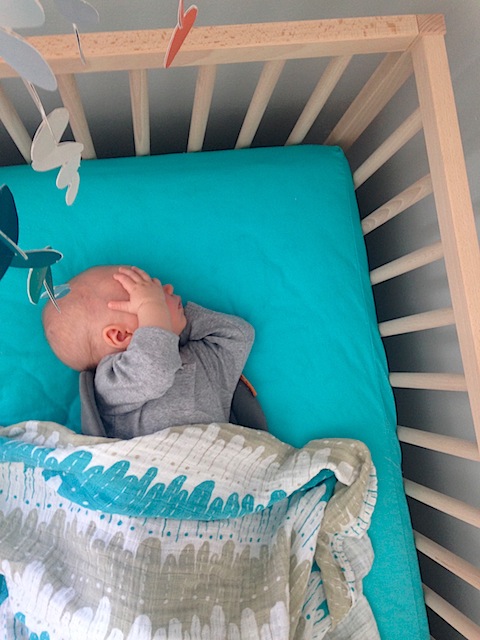 With Beatrice sleeping in her crib during the day (even if it is only for 45 minutes at a time!), I finally was able to conquer a few brief food projects that had been needing my attention desperately.

I made apple pie with some apples from this year’s orchard adventure, the gluten-free pie kit BRM sent last year, and about 10 pounds of butter. 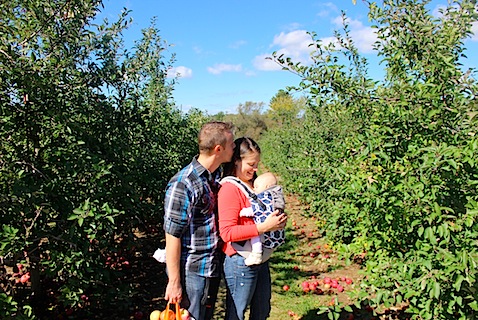 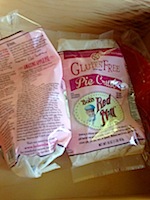 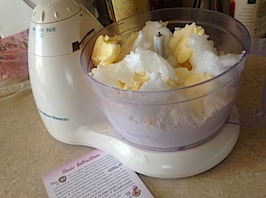 The crust was to-die-for, thanks to all the butter. I used the crust recipe on the package but substituted coconut oil for the shortening. I was going to send the pie to work with Erik in the handy pine Pie Box that BRM also sent last year, but it did not fit! I had to eat the whole pie myself, with a little bit of help from Erik and my mom. I accidentally ate it all before I could take a picture.

I finally made dill pickles. I don’t know why it took me so long to get on the homemade pickles wagon. We’ve had cucumbers pouring out our ears all summer, but turning them into pickles was something that fell on my priority list somewhere below keeping the baby alive. These pickles were so easy. I loosely used the America’s Test Kitchen recipe but used a different kind of salt that I had already. And probably five times the garlic since I included the required 20 cloves … but they were 20 ogre-sized cloves from the farm. 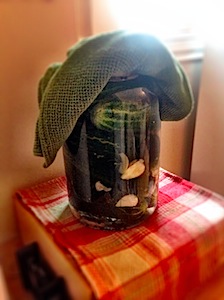 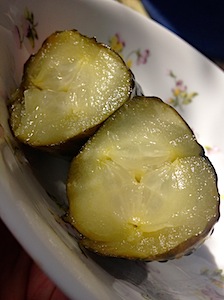 Sadly, a measly 10 pickles is all I have to show since I could not get it together before the season was over. Tomatoes are the same sob story. Last year, I canned 14 quarts of crushed tomatoes!! This year, I canned five pints of tomato sauce, using farm veggies and the Ball jar recipe for Italian-Style Tomato Sauce. Life with an infant. 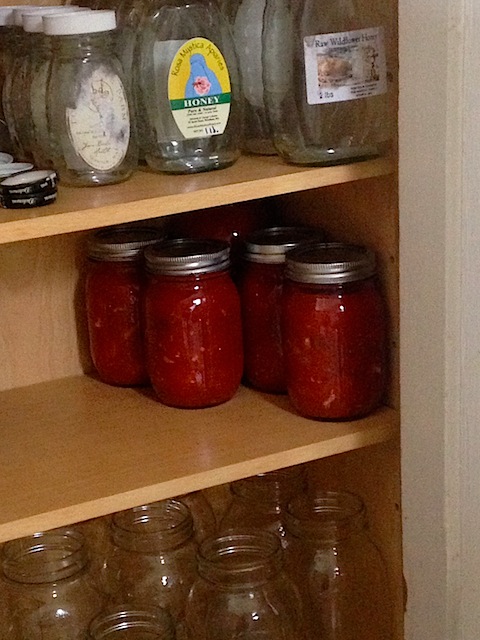 We have not broken into the stash yet because we’re trying to save them until we’re really desperate.

So, that’s some of how life has turned upside down, brought to you by the letter B. I was also supposed to talk about our bathroom updating adventures, but that will have to be a separate post since I’ve gone on so much already. Stay tuned for adventures in nursery decorating, the highs and lows of cloth diapers, the war on diaper rash, and the uphill battle to be frugal and green amidst the expansion. 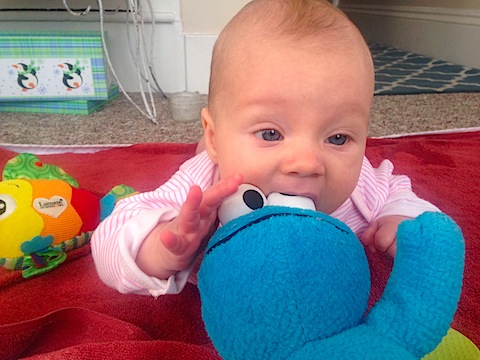 2 thoughts on “The letter B”