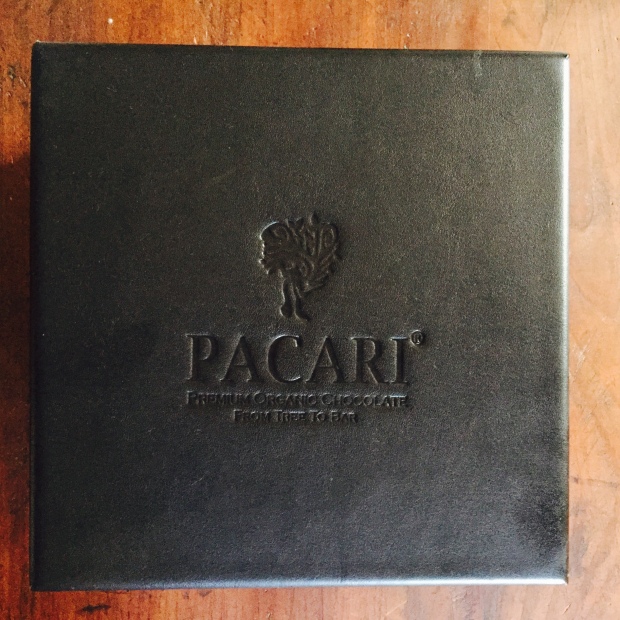 Erik knows me too well and got me a gift box of Pacari chocolate bars for Valentine’s Day. Normally, I tell him Valentine’s Day is ridiculous and manufactured and should not be celebrated, but I really couldn’t argue when I opened up this box. 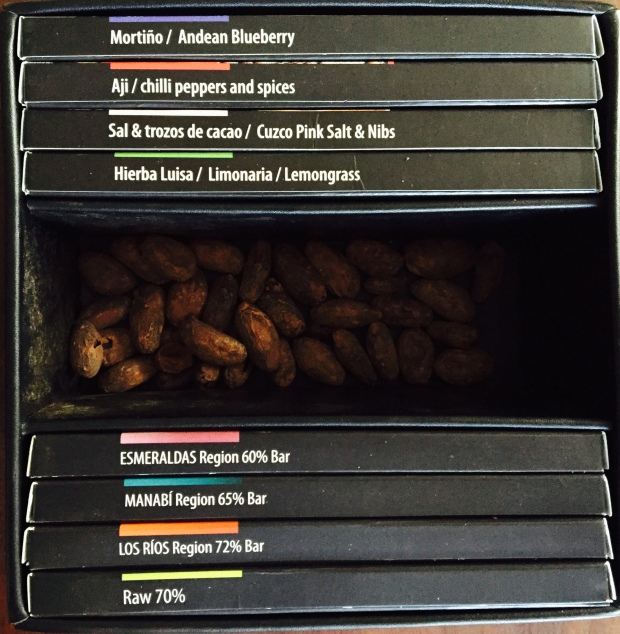 I first heard of Pacari by accident in 2011 when Kate and I volunteered at a chocolate event in New York and got placed at the Pacari table to hand out samples.

I probably ate more than I handed out, but I also got to learn all about how the chocolate was sourced from single locations and individual family farms in Ecuador and cooked at low temperatures to preserve the flavor of the earth and so on and so on.

I was so enthusiastic about Pacari (it seriously tasted unlike any chocolate I had ever eaten before — fruity and floral even with nothing added) that I was asked to come help out at a few other chocolate shows. It was a win-win situation. I got to talk about the best chocolate ever while eating the best chocolate ever … and then I would get paid at the end in cash AND in chocolate bars. 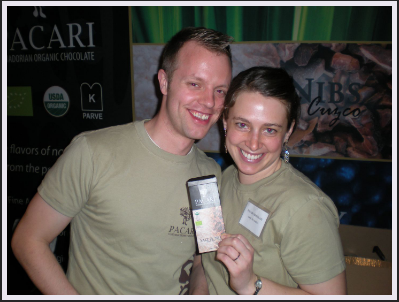 (I roped Erik into doing a show with me, too!)

Sadly, we moved out of New York soon after, and that ended my days of moonlighting as a chocolate rep.

We encountered more of this “real” chocolate again right from the source when we were in Nicaragua. I still fantasize about the cacao drink there. The closest we have come locally is the Taza chocolate factory in Somerville, which is pretty darn close. We even used Taza for the hot chocolate toast during our wedding. 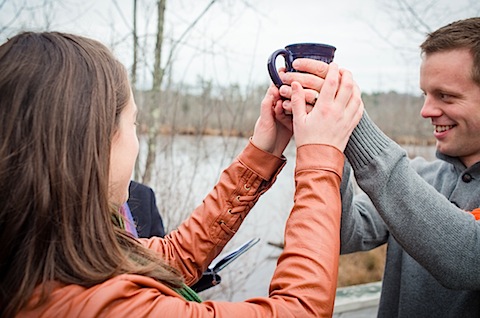 We went on a tour of the Taza facility in the fall of 2013, and I ate so many samples that I actually couldn’t go near chocolate for the first half of my pregnancy. Thank goodness that phase ended!

Anywayyyyy, back to Pacari. I guess I’ve been reminiscing just a little too much lately about the glory days when we seemed to have a bottomless supply, and I guess Erik was actually listening to me.

The gift box came garnished with a handful of cacao beans, probably just for decoration. My only option was to make hot chocolate. 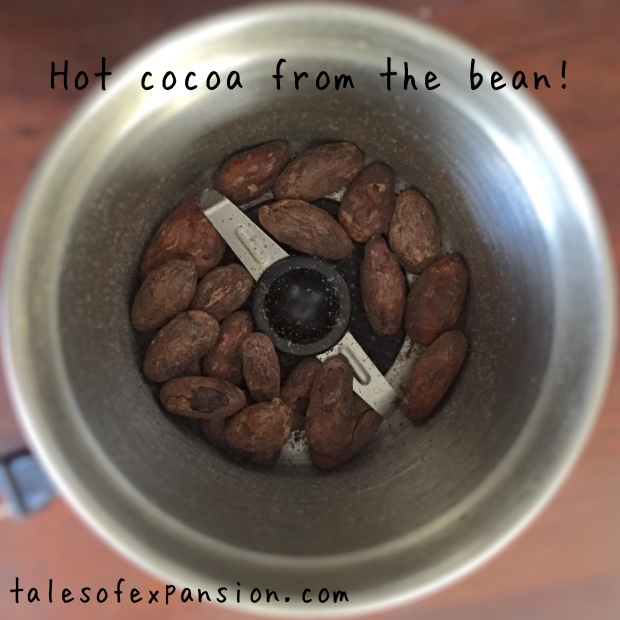 I pulsed the beans in the spice grinder until they turned into a grittier version of cocoa powder. 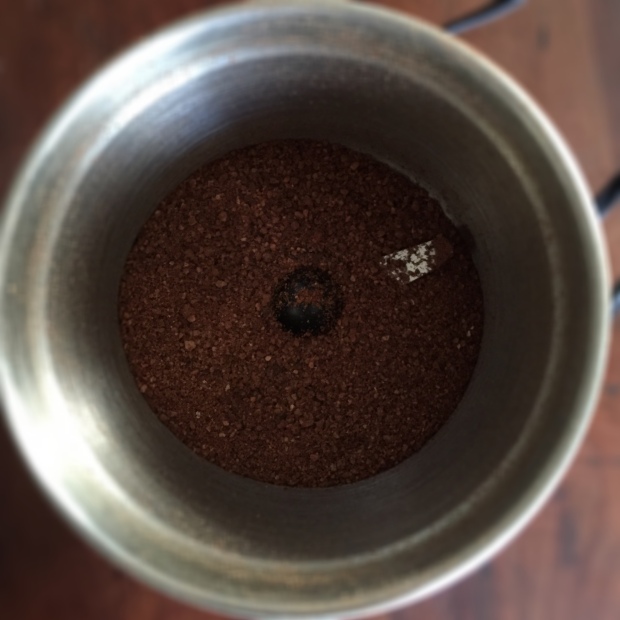 I whisked the powder with about half a cup of milk (all we had left) and maybe two cups of water in a saucepan and added maple syrup and a pinch of salt. 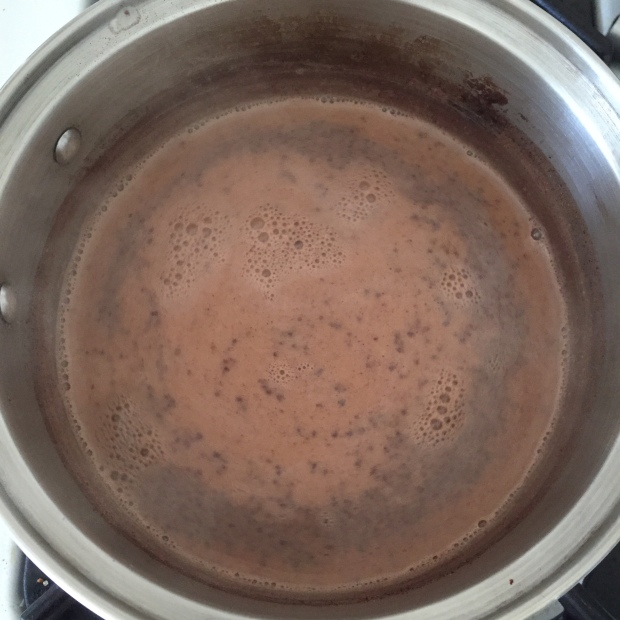 I kept whisking the whole thing until it was hot and looked drinkable, and then I poured it through a strainer into the appropriate vessels. Bea’s got diluted with a bit of cold water. 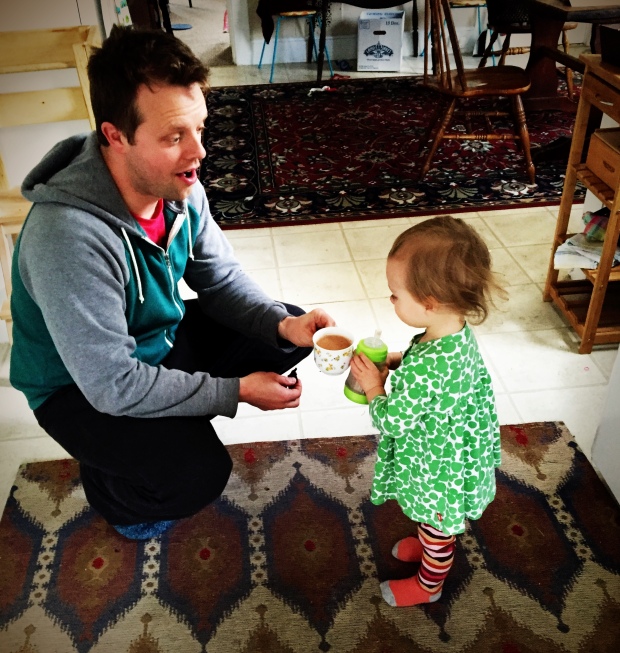 Sooooooo tasty and chocolatey and full of only good things. 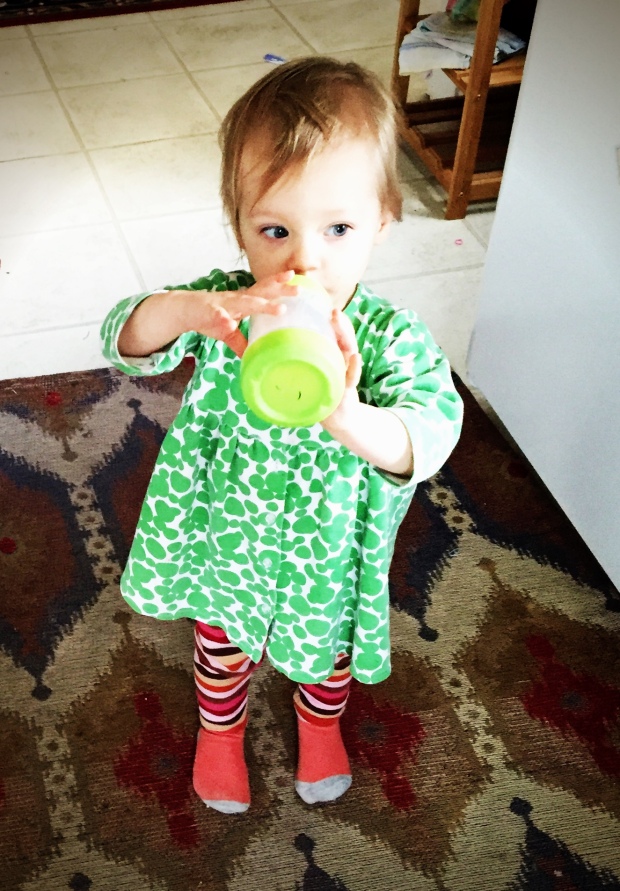 Moral of the story: never toss the garnish :-).