This explanation of how my mom doctored the ingredients in a grapenut pudding recipe demonstrates some of the possibilities for healthing up any recipe. More examples will come as they occur!

A crazy chemical reaction sort of thing happened when she added the ‘itols and the vanilla. The whole mixture started bubbling and swirling, almost like that baking soda volcano you made in 3rd grade: 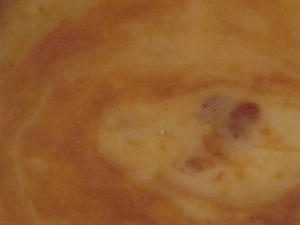 Finally, after two hours of baking (mom doubled the recipe, so the custard needed twice as much time to set), the pudding was done! 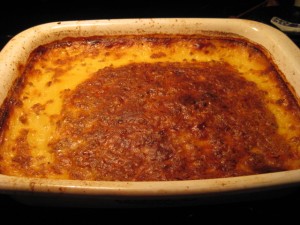 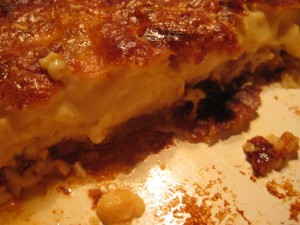 look at all that custard!

I had to sample some right away: 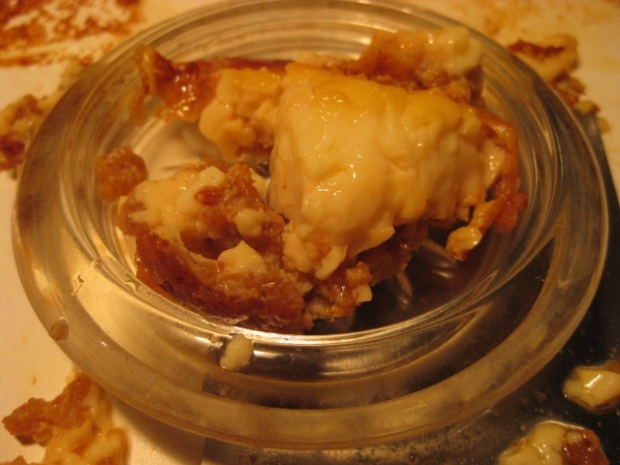 And then I scraped all of the “crumbs” from the baking dish and ate them, too. Soooo good. You can bet I packed some to-go containers of this to bring back to NY with me!

(** Edited to add this comment from mom: Regarding the grapenut custard – I really got the recipe from Shirley Nolan who runs a lovely tea house here in town. She was the one who said she’d gotten it from Paula Deen.**)