Mmmmmm, can you guess what I had for breakfast? 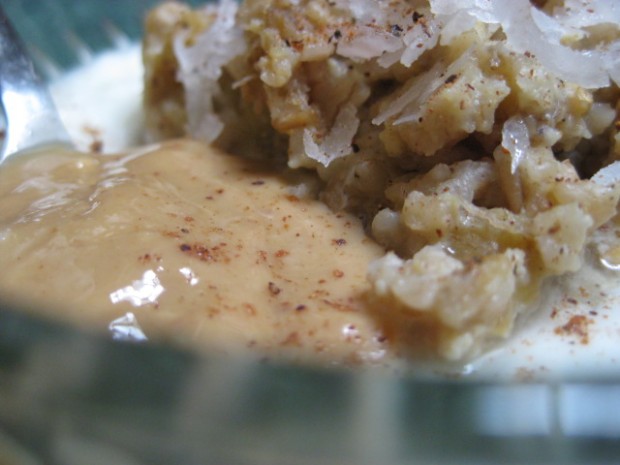 But first, the gym! Even though we only got about an inch of snow (as opposed to the eight inches predicted), the sidewalks still did not look all that inviting for my planned five miles, and I decided to head to the gym instead. Usually I jog there, but I realized that was not going to happen as soon as I set foot outside. The ground was covered completely with a thin, smooth, and invisible layer of treacherous ice. I pretty much had to sneaker-ski my way there at a snail’s pace. Brrrrrrr … I was dressed to run outside for five minutes — not to tiptoe gingerly for 15! My care paid off, though, since I only fell once. Thank goodness I have some padding; if I didn’t, my tailbone would be shattered right now.

You already know about my trouble with treadmill boredom, but indoor running was my only option today (and I had promised Erin Gunn I would do a harder run this weekend in solidarity for our half marathon training) so I had to work around it. This time, however, I used two excellent tools that helped me out tremendously: the 45-minute treadmill run that Tina posted and my new Polar F6 heart rate monitor. I was skeptical about the workout because, ummm, 45 minutes on the treadmill????? But I am now officially a fan. It was H-A-R-D, but I certainly was not bored. And it was a perfect vehicle for test-driving my HRM. And now I have official stats from the workout!

I spent about 10 minutes on stretching and abs and then carefully picked my way back home for my banana bread oatmeal! Half cup banana bread crockpot oats, half cup freshly made yogurt, a sprinkle of sweetened shredded coconut, more nutmeg, and half a Tbsp natural peanut butter: 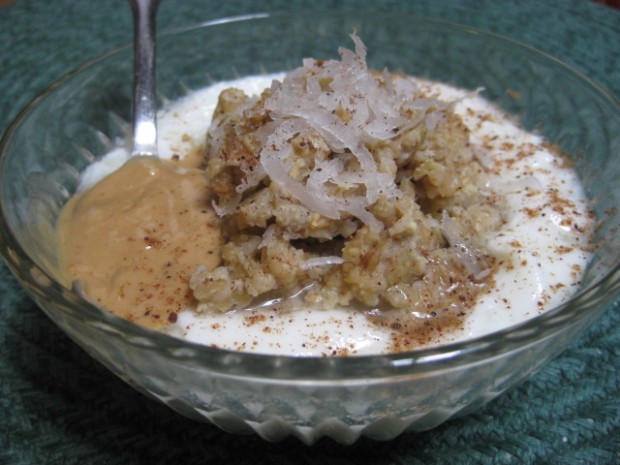 Mmmmm, how perfect does that look? 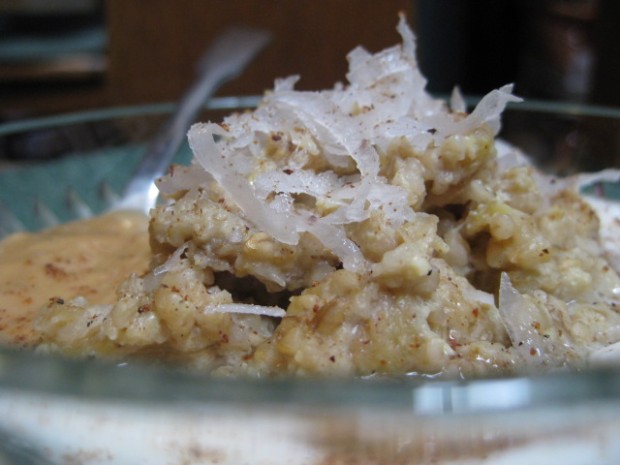 I’ve had a nice, relaxing morning of reading, and now I have to rush to rinse the dye from my hair! Ahhhh, the pitfalls of not being a completely natural redhead …