When I got back to the office from my visit this afternoon, I knew there was no way the running club was going to happen tonight. Even though the snow had stopped, I was cold and tired and could think of nothing I wanted less than to wait around for 6:30 so I could run outside in the ice-fest. I’ll go to the gym tomorrow morning instead, once I’ve had time to forget how bitter it is out there. The whole subway ride home, I was alternately sleeping and running through potential dinner items in my head. I came up with steamed cabbage (so original, I know) topped with sofrito: 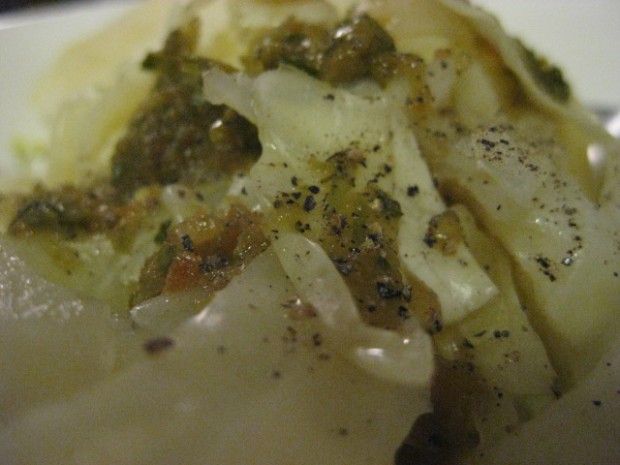 LOVE cabbage. I also steamed the core whole (best part!) and snacked on it while I was working on this warm pumpkin mess that involved sauteeing cranberries and apples in a teeny bit of water until the cranberries popped:

While mixing one cup of canned pumpkin (this past fall, I “picked” a 25-pound pumpkin at a pumpkin patch and spent the better part of a week roasting and pureeing it in eight sections … yet it did not hold a candle to Libby’s 100% pure pumpkin) with vanilla and loads of cinnamon, nutmeg, and ginger. I have a very heavy hand when it comes to those three spices: 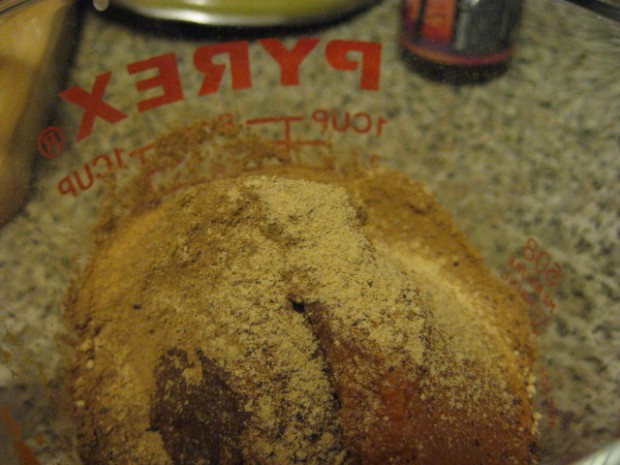 I mixed everything together and put it in a pan pancake-style on top of a little canola oil: 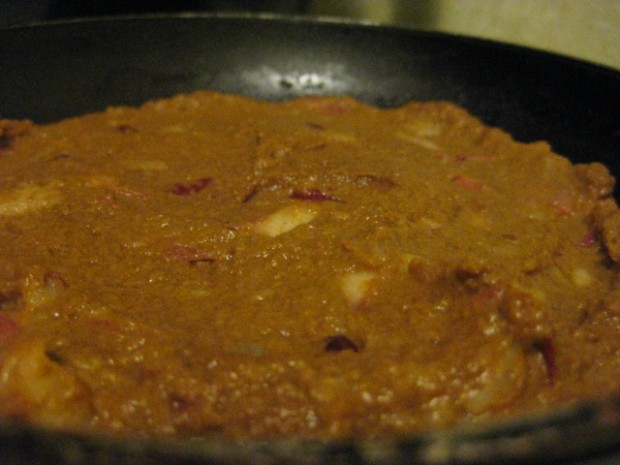 My original intention was a pumpkin omelet, but I clearly used way too much pumpkin for the egg to hold it all together. It’s probably physically impossible for me to go easy on the pumpkin. Once it was cooked through, I put half on a plate and saved the other half for tomorrow. Topped with more nutmeg and a bit of yogurt:

It would have been even more delicious with bananas mixed in, but can you believe I am already out of them??

For dessert, I thawed my last of the homemade chocolates that one of the nurses at my office made before the holiday. Can you guess what’s inside?? 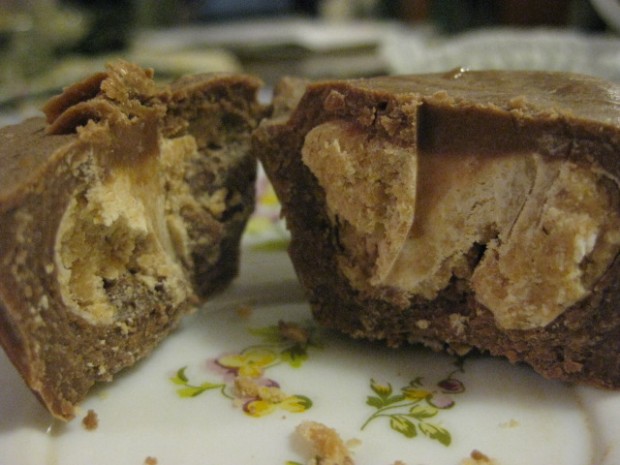 Lunch and a tribute to the last muffin

Lunch was definitely the same as it’s been all week (yay for Sunday preparation!): 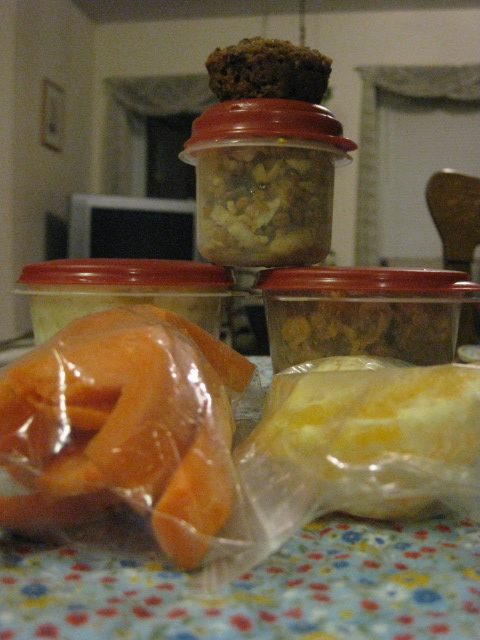 Do you see that muffin way at the top of the tower?? That is the last kitchen sink muffin from the batch my mom made while I was home. I will miss them. Thanks, Mom! I took two extra pictures of the historic last muffin as a sign of respect:

And an important reminder: You can still enter the Snacktrition nuts giveaway contest at N Her Shoes until midnight Friday. Free nuts are waiting!