Complication #1 involves my camera, and you all were thisclose to not finding out what I ate yesterday. But since I’m determined not to ruin anyone’s weekend by keeping my food secret, I have found a temporary solution! More on that eventually …

Complication #2 involves my computer. After nearly 4.5 years of flawless charging, my power adapter has decided it wants to ruin my life. It’s been steadily declining all week but has reached a new low today. Because I have to hold the cord to the computer in a crazy gymnastics formation, I am forced to type with only the index finger of my left hand … and I’m a righty. I never learned how to type correctly, so my pointer finger is the only one that knows where all the keys are. So please forgive me for making this post light on words and heavy on photos!! 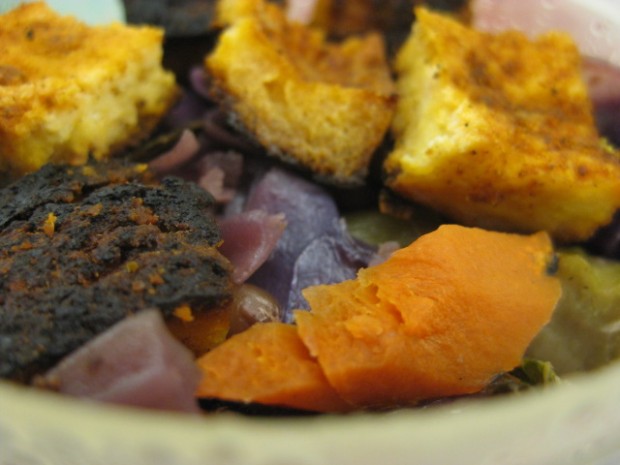 Two candies from the candy jar: 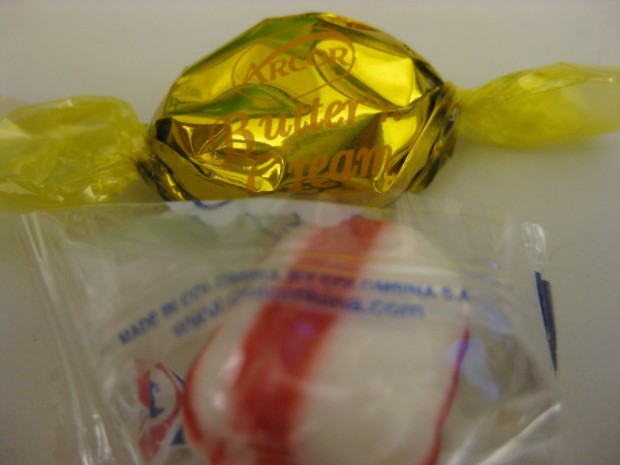 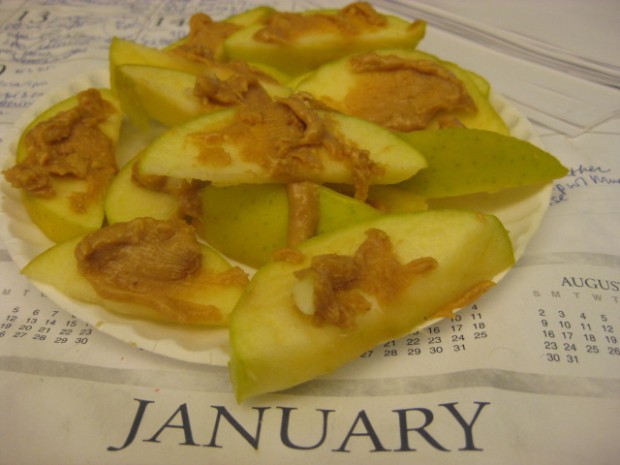 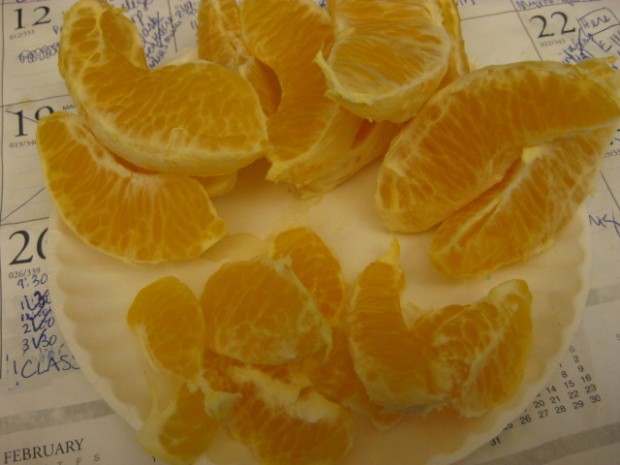 I lost my mind for the last hour of work while I was catching up up notes and engaged in a little candy madness. I’ve been overdoing it on the candy this week, but there’s an explanation! Before Christmas, I stashed/hid a whole bunch of candy (left over from the parties we held for the families) in the empty tissue box on my desk and immediately forgot about it … until I accidentally discovered it again this week! And ate it all. Here’s SOME of what happened yesterday afternoon:

Now that the tissue box is empty, the candy problem should be solved …

(Ahhhhh, my computer charger now will not work AT ALL. I hope the new one arrives soon! Switching to roommate Brigitte’s computer …)

After work, I subwayed up to the Bronx where Erin Gunn and her boyfriend Mike picked me up and took me out to dinner (thanks, guys!!) at Pizza & Brew, an Italian restaurant in Yonkers. I was ravenous and ate the lemon wedge from my water AND the lemon wedge from Mike’s water: 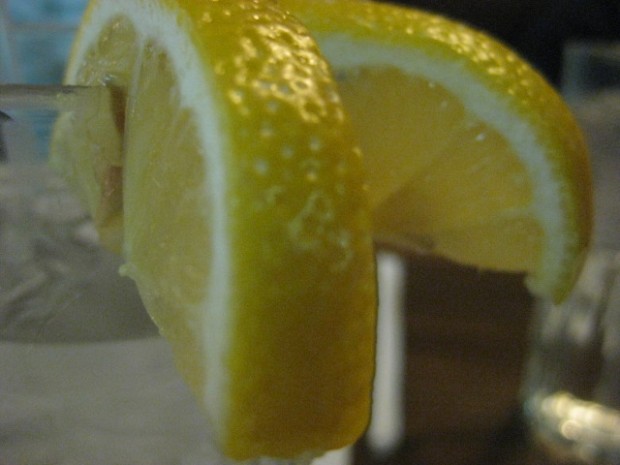 I know you’re not supposed to eat these lemon wedges in bars/restaurants anymore because they’re full of germs, but when hunger calls …

My entree came with a side salad that had chickpeas — how exciting!

I ordered Bluefish Marechiare (fresh fillet sauteed with capers, olives, and mushrooms in pomodoro sauce served over linguini) but asked for it with polenta instead of pasta. Yummmm, it was so good! And enormous:

I almost cleaned my plate, except for a little sauce and some of the olives:

I really don’t know how I finished this. I was a bottomless pit yesterday!! It was probably enough food for three meals, but I didn’t even feel stuffed when I was done — just perfectly satisfied.

Erin and Mike could not finish their meals (lightweights) and had to take over half home.

We had initially planned to go to bowling and karaoke, but our lazy grandma-ness set in (and Erin’s car getting a flat tire validated our laziness) and we just wanted to do nothing.  While waiting for AAA to arrive at Erin and Mike’s condo, we watched Mike do some yoga on Wiii (is that the correct number of i’s?) Fit: 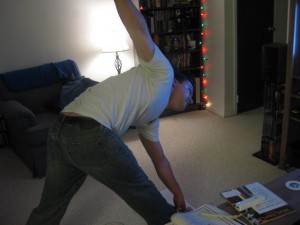 And I shared my next Quaker True Delights bar with them: Toasted Coconut Banana Macadamia Nut. This one had much more even (and heavy!) distribution of nuts, though I think chunks of real banana would have been a good addition (instead of what seemed just some essence of banana spread throughout): 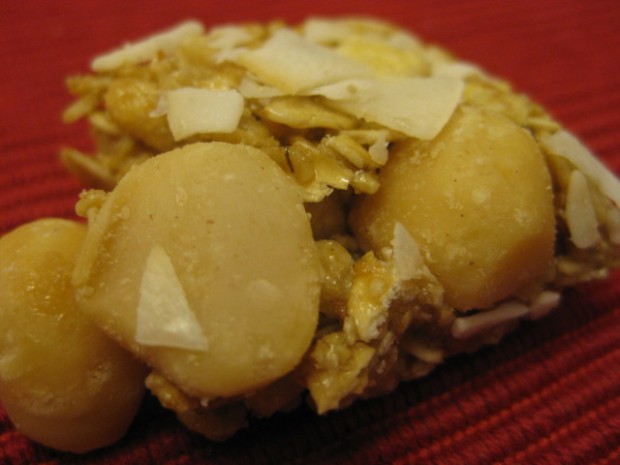 Later, when Erin went out to meet AAA and get her tire taken care of, I snuck into the fridge and found a jar of Hershey’s Hot Fudge which I quickly put to use with a bit of pb:

Isn’t that a beautiful sight??? We were in bed by 11:15, and I ended up sleeping for over eight hours for the first time in … well probably since the last time I was at Erin’s since she always sets me up with light block curtains :-). It was glorious. To be continued …

4 thoughts on “So complicated”