Well, I finally dragged myself off of the couch last night and got around to some food, food of course being the only thing that could have made me move any sort of muscle. I threw together a random smattering of things to make some approximation of a salad:

Then, while slaying a pumpkin, I snacked on some more things, including some golean crunch clusters with a drop of soymilk, the teeny ends of a sweet potato I had just baked, more centerpiece conversation hearts, and bits of pumpkin flesh/skin/seeds as they were ready to taste: 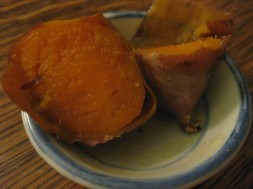 Because it was Friday night, I had more peanut butter frozen yogurt just like I made it on Thursday. This time, I topped the fro-yo with sauteed apple and banana. Loooooove that carmelized fruit: 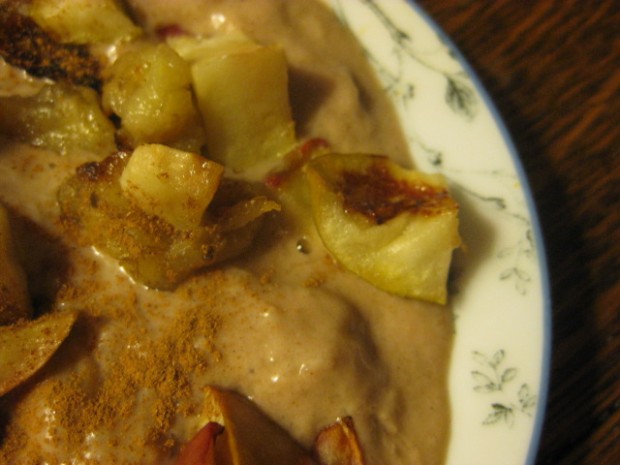 After finishing the night with fro-yo, I finished it a little more thoroughly with hazelnut chocolate:

And then, it was time for bed. Tara gave me a fresh pair of earplugs, and they were amazing again! I hadn’t realized how much power the others had lost, but the difference was like night and day … literally, haaaaaaaa.

Also, go visit Lucky Taste Buds! if you’re in the market for free Barney Butter (and who isn’t??).

10 thoughts on “Only food can make me move”