Let me just preface this by saying, I am not the kind of girl who runs 10 miles by accident. I am more likely to accidentally eat something like this:

In second grade, it took me a full 3 seconds longer than the rest of the class to run the 50-yard dash, and my fear of running was born. However, something has changed in the past year, and not only do I find myself training for a half marathon, but I also woke up this morning with the urge to run.

I’ll just do 5 miles, I thought to myself. But then I made it over the Brooklyn Bridge and figured I might as well go back over to the other side and run to the next subway stop instead of taking the train back from the city. By the time I got to the next stop, I was hungry and really had to go to the bathroom and decided it would be quicker to run home than to deal with the slow Sunday subway schedule. I thought I’d done 8 or maybe 9 miles … but I gmapped it and found 10.5!! How did this happen?? Craaaaaaaaazy. Anyway, stats: 1 hour and 46 minutes, 876 calories, average heart rate 151, max 173.

Obviously, I spent most of the run dreaming about this: 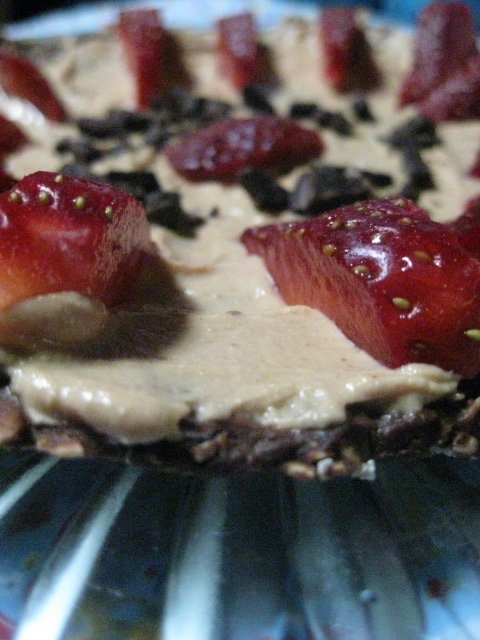 I was feeling feisty after my surprise run, so I made “frosting” with my last PB2 sample packet and 1.5 tbsp yogurt and smothered the cookie with it. I also couldn’t help adding a chopped square of Godiva dark chocolate and one mammoth strawberry‘s worth of slices.

I’m just about to head out to the blogger brunch, and I will be ready to eat for sure! As even more proof that I’m crazy, I didn’t want to show up empty-handed, so I spent all of Thursday afternoon baking a million batches of teeny Earl Grey Biscotti Bites (but with jasmine tea in place of earl grey): 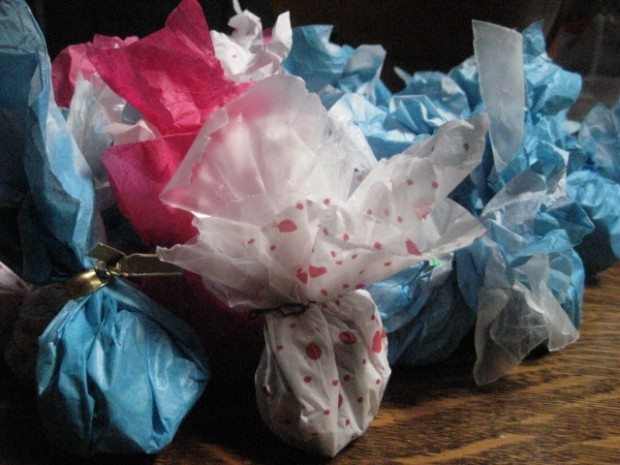 In reality, I multiplied the recipe by six and not by a million, but that certainly was enough to keep me busy! Each pack only has four little bites (and the 5 non-blue packages have wheat-free and vegan versions — oat flour instead of whole wheat and all canola instead of canola/butter combo — because I imagine there will be a few vegans in the bunch), but something is better than nothing!

Hope you’re having a great Sunday!