In honor of my mom’s birthday today, I filled my evening with sweetness 😀 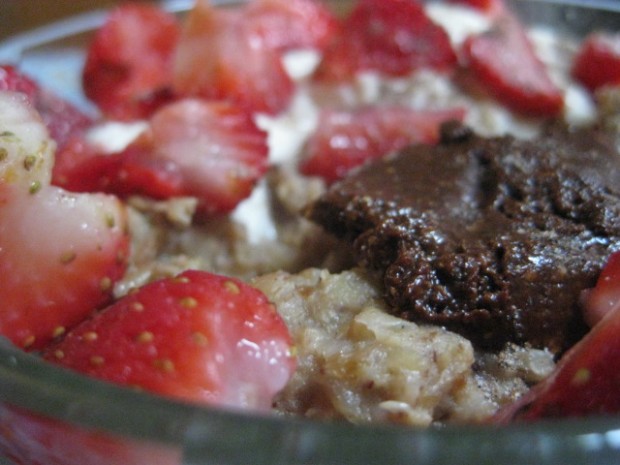 I mentioned earlier that my roommate Tara had donated some overripe bananas and aging strawberrries to me since she’s out of town for the weekend. She also donated some banana peanut butter oatmeal which obviously needed a place of honor in my dinner tonight. 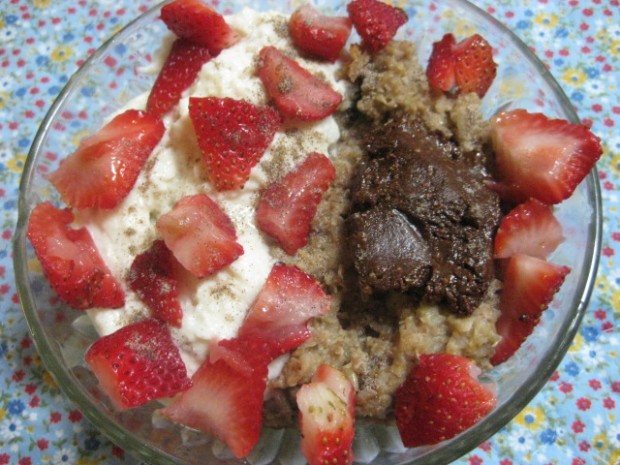 I mixed her cup of oatmeal with the remaining 3/4 cup of protein porridge and then heated half of that mix in the oven. Alongside 1/3 cup healthy cream cheese icing, lots of strawberries, and a slab of cashew-almond butter:

Sometime after that, I had a minor snack attack and grabbed a few tortilla chips right out of the bag. I also had a couple tbsp golean crunch with a spash of unsweetened soymilk:

For dessert, I made a sampler platter of treats.

The platter included the last slice of chocolate-frosted chocolate brownie from my freezer bag: 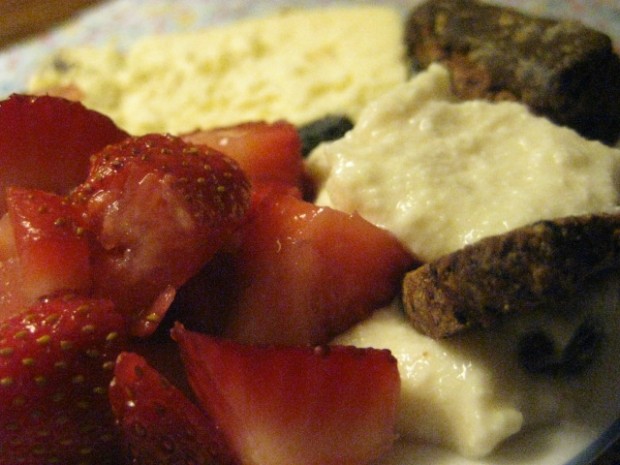 Remember when I got to have cheesecake batter for dessert earlier in the week? My roommate Brigitte saved me a big slice of the finished product! (Side note: Brigitte cooks in a way that I would never have the guts to. The entire cheesecake included six full packages of real cream cheese plus loads of real butter.) I had half of it with a twistie-tie “M for Mom” since I couldn’t find any birthday candles:

Ummm, and then I went back and had the other half of the slice. It’s my mom’s birthday, after all! And it was also SO good. Especially the crunchy chocolate wafer crust. Ahhhhh!

HAPPY BIRTHDAY, MOM!!! Thanks for giving me an excuse to eat lots of sugar (as though I needed another one :P).

How often do you eat REAL (as in, not healthy) desserts?