During the last weekend of August, I had an excellent Saturday brunch at Camaje in the Village. It was a rainy, sleepy day, and it took all my energy to drag myself into the city, but I knew that my favorite Australians would make the effort worth my while: 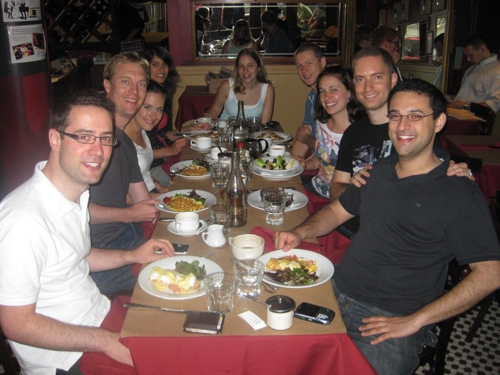 The plan had initially been for Rami and Ali to throw a pool party at their place, but the rain put a damper on that arrangement … so brunch it was! 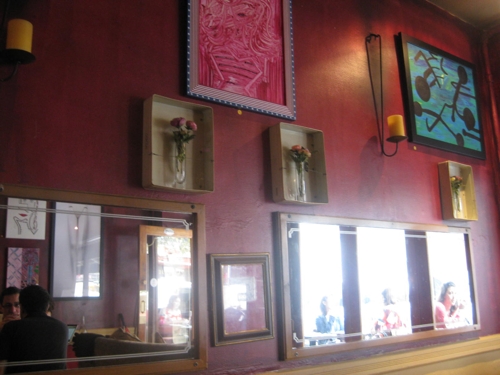 I was excited that Rami and Ali chose this restaurant. I took a one-night fall dessert-making class here in my last year of college — a 21st birthday present from my old roommates — but I had never actually eaten there for a real meal despite wanting to for ages and ages!

I ordered a pot of Early Grey with milk and honey, aka the best rainy day beverage:

Our food took forever to come, but that was fine because we all had hours and hours of chatting to do.

Plus, my granola and yogurt was worth the wait:

The server had told me it did NOT come with fruit, so I was quite pleasantly surprised when it arrived with apples, blueberries, and pears on top! 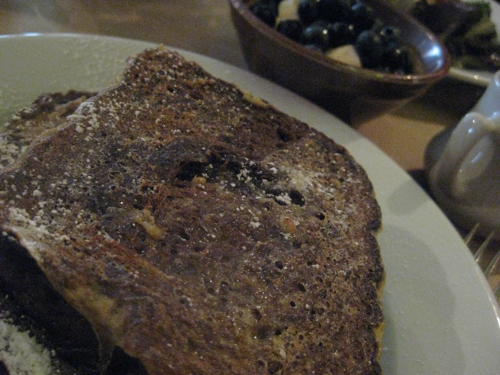 With blueberries and bananas:

Ohhhh my goodness, words can’t describe! The chocolate flavor was SO rich and amazing: 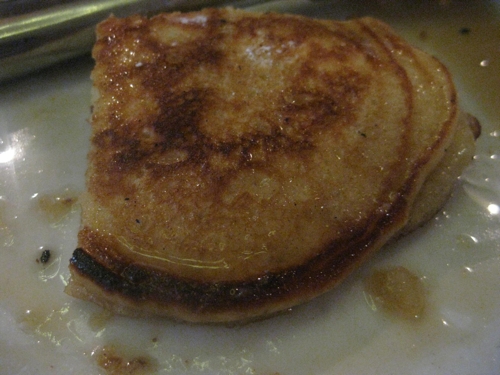 When the bill finally came (again, hours and hours later), Rami took care of business with some quick calculating: 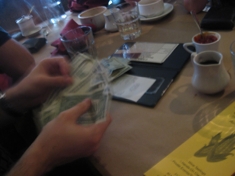 From there, we all parted ways … only to meet up again a few hours later! I so rarely see these guys (I met Rami in an NYU elevator in 2001 when he was studying abroad here and stayed in touch because I was planning to study in Sydney the next semester … which is when I met Gabe and many other friends of theirs) even though they live here now, so we had to maximize the opportunity. My Australian adventure part two will be along shortly …