Recently, Vani, Diana, and I met up for dinner at Rawstar, a new raw restaurant in Brooklyn. Sadly, Rawstar decided to be closed that night, and we were left wandering the streets of Brooklyn aimlessly until we found an alternative.

We found ourselves at Dao Palate, a newish vegan Asian fusion restaurant in the Slope (where else?). 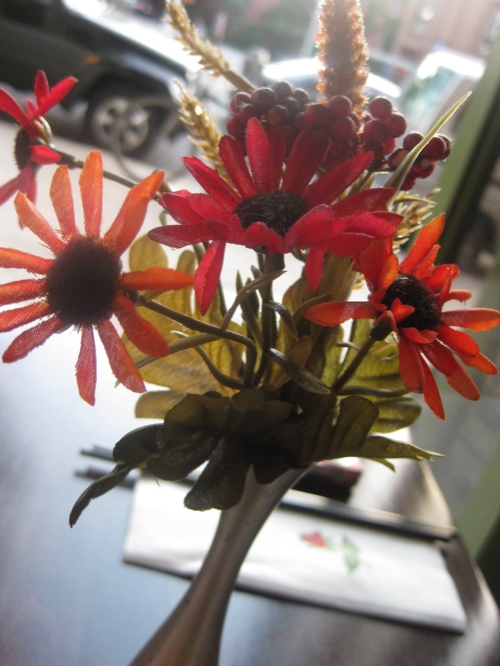 We arranged ourselves in a window seat and admired the scenery (as usual): 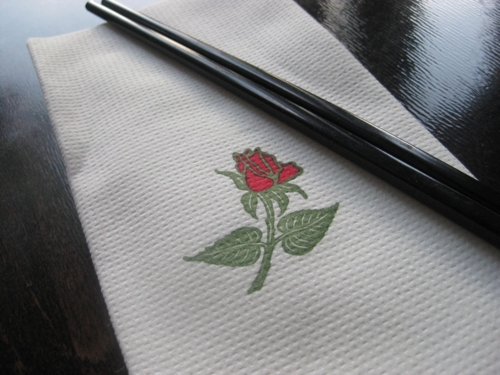 … and waited for service.

Once we got service followed by food, however, we became much more enthusiastic about the restaurant. To start, we shared the avocado tartar with diced avocado, mountain yam, and mango in a wasabi-lime sauce:

My main meal was the glass noodles, my all-time favorite component of Korean food! Officially, the dish was called “Jap-Chap” and came with stir-fried sweet potato noodles, vegan fish cakes, spinach, scallions, cabbage, and a flower that was edible this time:

On the side, I ordered steamed pumpkin:

Little did I know that a steamer basket would arrive with an entire kabocha squash waiting inside! 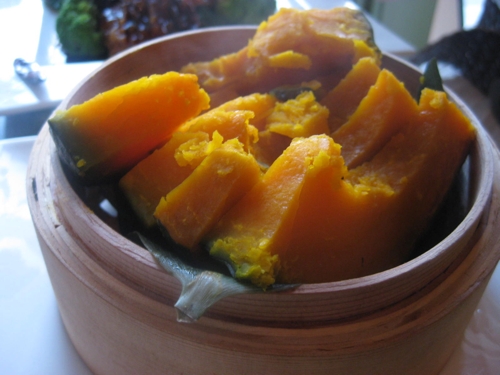 Luckily, the ladies were able to help me out. 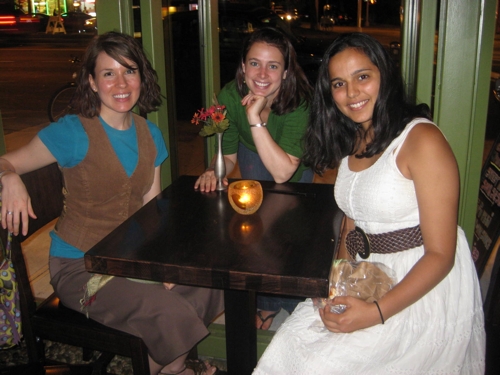 Brooklyn in da hoooooooooowwwwwse!!! (But it’s not quite the same without Emily and Olga!)

We sort of needed dessert after our delicious meal, so we moseyed over to Uncle Louie G’s for the best Italian ice this side of the universe.

I got a small cup with half peanut butter chocolate cup and half coconut:

Once again, the coconut blew me away with its creaminess and the real coconut bits. And the pb chocolate cup wasn’t too shabby, either:

I don’t know how Uncle Louie does it, but his ices are the creamiest non-dairy concoctions ever. This is not your run-of-the-mill Italian ice, let me tell you! The ladies agreed:

So, although our raw plans fell through, Vani, Diana, and I ended the night with some frozen delicacies — and we still have Brooklyn-goes-raw-night to look forward to whenever we can get our plans together to coordinate another dinner.

How do you rally when your night does not go as planned?