You may remember Chris, my sister Allie’s boyfriend, from when I was in California for Chad’s wedding this October. Chris raved to me about his brother’s stromboli, so I asked him to document the process for guest posting purposes. Nearly two months later, I’ve finally gotten it together. Enjoy!

These pics were taken at my house, soon after Sarah was there. My brother Dave was the chef, and his experience comes from cooking for a ton of kids at scout camp and spending time learning to bake in the kitchen of a local college growing up.

You can see the ingredients in the first photo: olives, cheeses, Italian sausage, onions, pepperoni, mushrooms … anything you want really. Experiment! 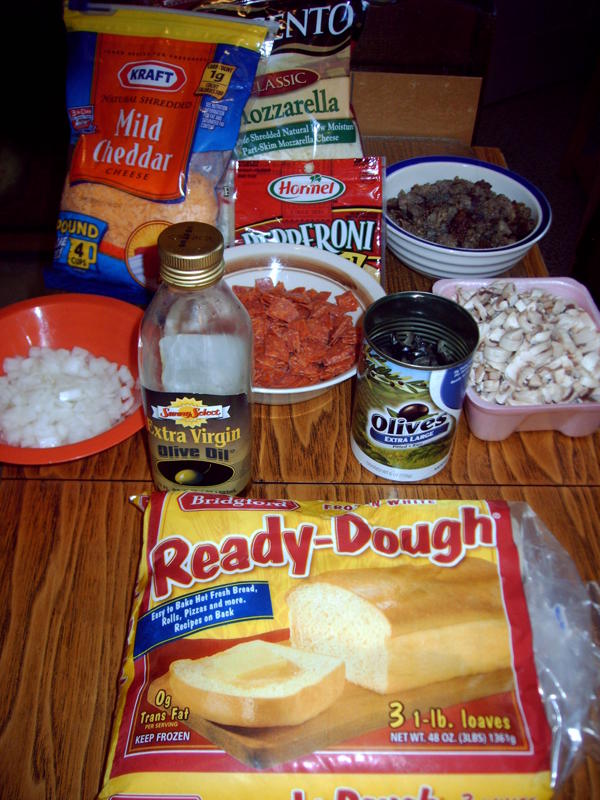 After cooking the sausage, Dave put a bit of olive oil down on the table and then rolled out some dough. He said that Italian bread dough works best, but he had to work with what we found in the frozen food section of our local grocer.

Next step is to load on all of the ingredients … 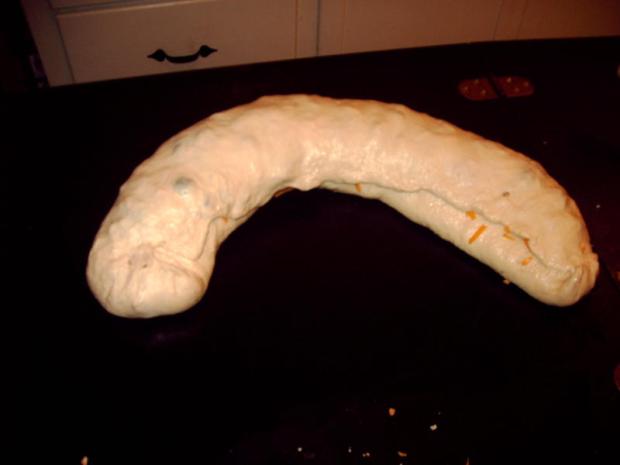 We ended up with two of them:

(We  just baked the third package of dough as bread.) 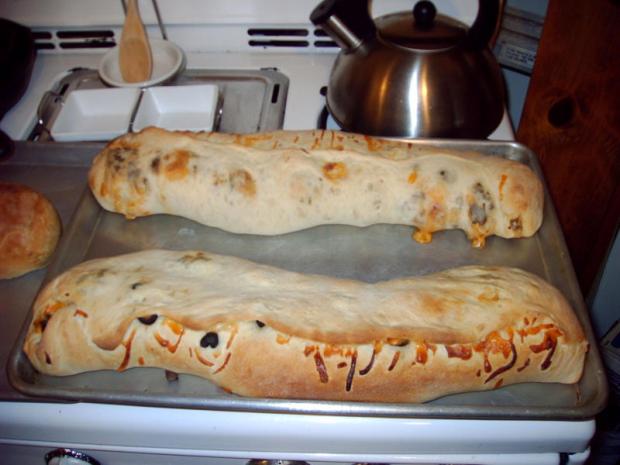 Once golden brown, Dave took it out, sliced it up, and … STROMBOLI!!

It was yummy — you can ask Allie if you need a witness!  Blog on!!!  Chris

Thanks for putting this together, Chris! I REALLY want some stromboli NOW.

And yay for guest posts 🙂 Anyone else have contributions for me?