In other words, get ready for lots of candy and lots of beans. I can’t believe the day is finally done! Now I get to wake up tomorrow morning and do it all again. Except I’ll be replacing the class portion of the evening with a movie, haha. Not SO incredibly draining :-).

Mid-morning snack happened at 10:30 with my sugar cookie sleigh ride tea and some yogurt:

I put the Kashi on when I packed the lunch last night because I love how the soggy/chewy texture it gets from sitting in yogurt. Almost like oatmeal, which we all know is a major addiction of mine.

Kind of like candy. I bought myself these sugar-free mints hoping they would slow me down on the candy front because I’d actually rather eat real sugar than fake sugar. But it did not work because I had four of these today: 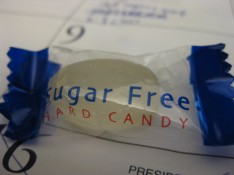 Which would not have been so bad had I not also discovered this candy tin in the 2nd floor kitchen at work during the parents’ group:

I think I ate about four candies from that? Ohhh, right, and two giant lollipops, once of which was another candy chicken:

I really love these chickens, though. It gets spicer as you go because of all the chili powder inside. I tried to capture the texture in that second picture. Can you tell? It makes me want to try grilling peaches with cayenne pepper or something. And, um, I’m pretty sure I also ate another chewy strawberry fang. So the sugar-free mints were not effective. They were a complete failure.

Someone brought these mini pumpkin muffins in from Whole Foods. I was tempted, but the first ingredient was sugar. In a pumpkin muffin? Come on, WF! And, errr, since we all know how opposed to sugar I am, I did not eat any of these.

Except that there were crumbs left in the muffin cups when the muffins were gone: 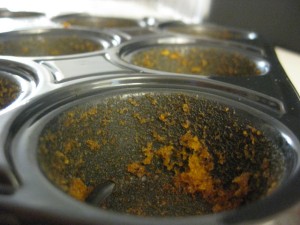 Yeah, I might as well have just eaten a muffin. I know.

Then it was time for the parents’ group. I had packed a lunch (of course) since you never know, but I’ll just save it for later in the week (there’s a rumor afoot that Vianni’s bringing me more food tomorrow). But anyway, Inginia made the lunch for the parents’ group. I had about 1/3 of this bowl of the crispy rice from the side of the pot. Yes, it was white rice, but do you see how perfectly crispy it is??? 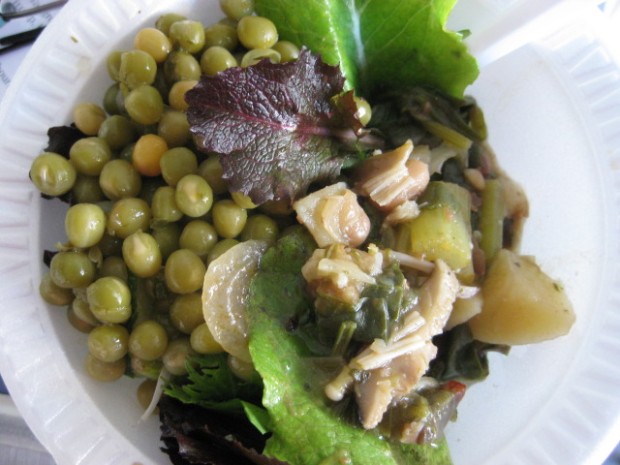 I made a soup salad combo, so one side was for these amazing beans cooked in pork broth:

The other side was veggie soup (with the best shiitake mushrooms in it!):

I followed the bowls with another cup of steaming hot beans, mmmmm: 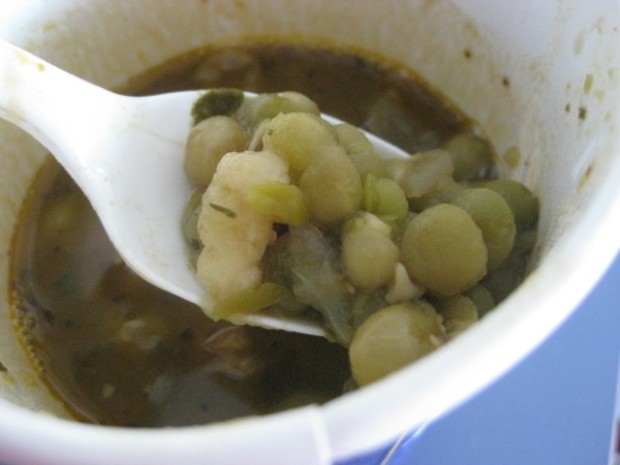 And (maybe 5 cheez-its and) a graham cracker:

And samples of manchego cheese and hot chocolate at 5:45 while on the way to class:

At about 6:45, I broke into my dinner: 1/2 cup of kale & date curry (still delicious!) and 1/2 piece of the pumpkin kibbi I made last night (both recipes are on the sidebar):

My last bite of the night came in the form of this apple around 7:15: 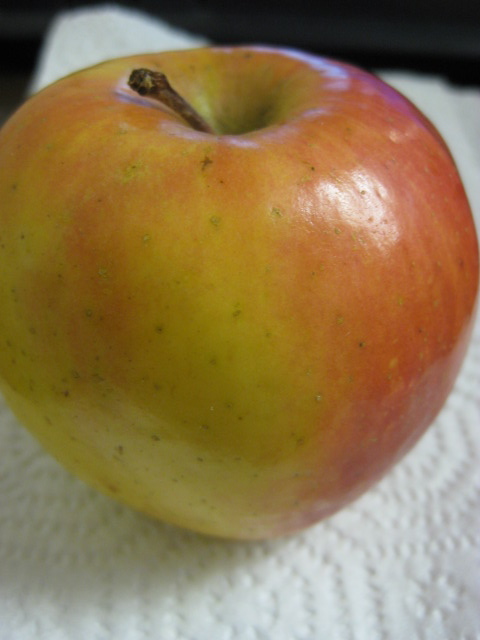