In honor of Good Friday, this is a post all about being Jewish.

It’s pretty obvious that I have some Scotch-Irishness in me, but there’s also the Jewish part that comes out to play every so often, especially when Passover is involved. I went to the grocery store yesterday to pick up some potato starch for the sponge cake my mom asked me to make. I ended up going absoutely wild on the Jewish shelf:

I spent $21, more than I’ve spent on real groceries in ages!! But I’m hoping my mom will kick in a little financial support since I think this qualifies as cultural exploration?

I was ridiculously excited to find the whole wheat matzo meal, as I’ve searched high and low for it in the past — and even tried to order it online — to no avail. I’m thinking I need to go back to the grocery store later today to get two more boxes! And that muesli looked too fun — it’s made with whole wheat matzo, raisins, almonds, apples, brown sugar, and honey. I don’t practice the religion or keep kosher or follow any sort of Passover dietary guidelines, but I still couldn’t help buying this! And, would I ever buy those “fruit slices” at any other time? No! But they were on the Jewish shelf and I couldn’t help myself. I also got a bag of Californian blood oranges, because what’s more Jewish than that?

The potato starch and the eggs were for the sponge cake I mentioned yesterday via the batter and crumbs I ate. I used the recipe on the starch canister, but I replaced the lemon juice and zest with blood orange juice and zest because I like to be classy. Here’s how it came out: 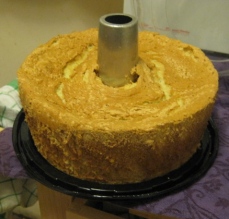 I did not make any sort of glaze for the cake because we’re actually going to cut it into cubes and use it to accompany chocolate fondue at our seder tomorrow. That’s how we roll in my fam. 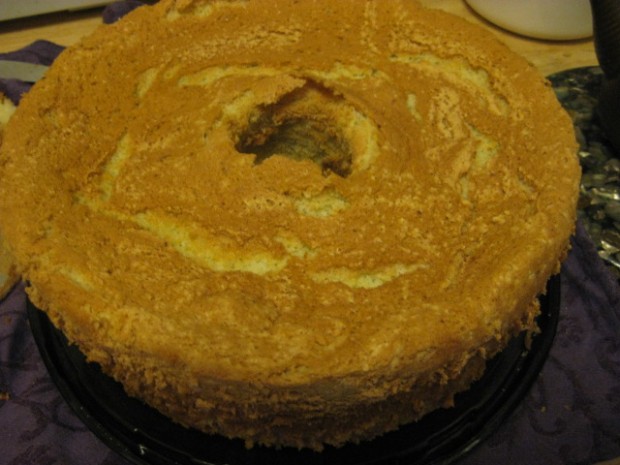 Even when it’s not Passover, my Jewish still comes out from time to time. Like when I’m offered an all-expenses-paid 10-day trip to Israel, as happened in March 2007. My Jewishness propelled me through pregnancy-inducing dessert buffets and pregnancy-ending desert donkey rides: 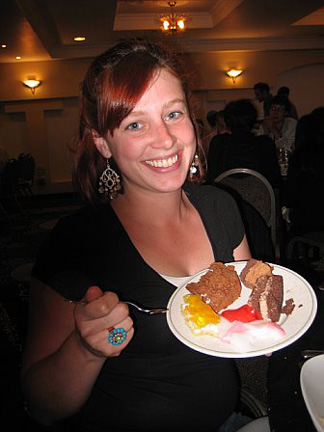 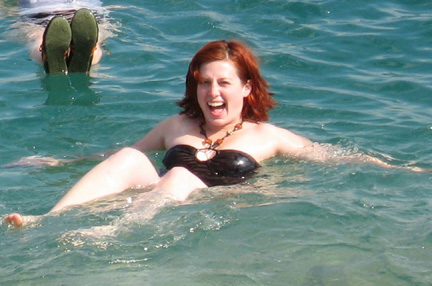 But I’m getting ahead of (behind?) myself.

This morning, my sister — who is NOT Jewish, btw — arrived on a 7am red-eye flight from San Francisco. She wanted to nap when she got to my apartment, but I hadn’t seen her in nearly a year and a half, so I made her sit with me and eat some matzo muesli. I had just gotten back from the gym, and I was hungry. Emily acquiesed.

It was tasty but just a little bit cardboardy due the the matzo. 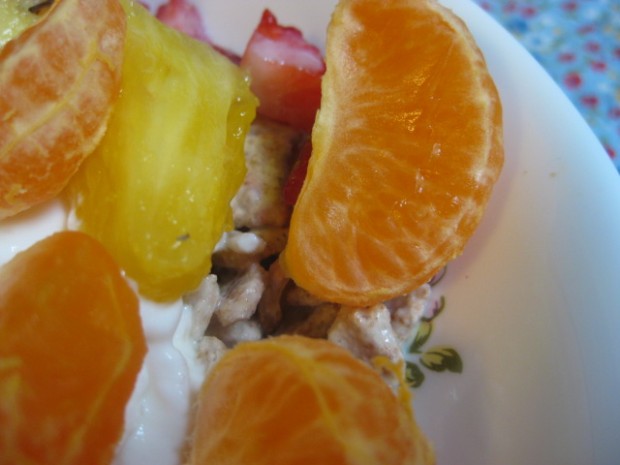 I asked Emily if it tasted like cardboard to her. She said:

We each had seconds. 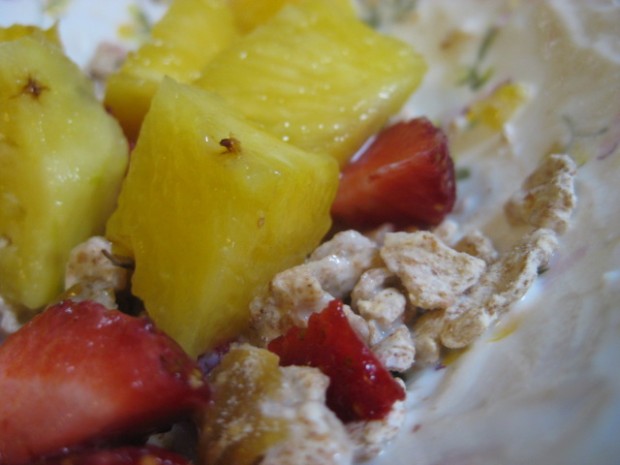 She’s taking a nap now, and I might do the same soon.

Which holiday/season do you think comes with the best food items?