You seemed like a good idea at the time.

Putting our differences aside, I would like to thank you for giving me 13.1 miles to be running walking right now. Otherwise, I may never have had the chance to traverse two laps of Prospect Park. (Oh wait, Prospect Park is two blocks from my apartment and I run ran it all the time. Hmmmmmm. Why couldn’t you involve a run over the Brooklyn Bridge instead? Was two laps around the same park really necessary?)

Training for you has awarded me many exciting opportunities.

In the beginning, I got to hang out on a treadmill with both of my parents:

I learned that I could accidentally run over 10 miles just because running felt good and fun, even though I thought the 50-yard-dash was a fate worse than death in second grade.

I learned how to turn running into a social activity with Kate at the Nike Running Club: 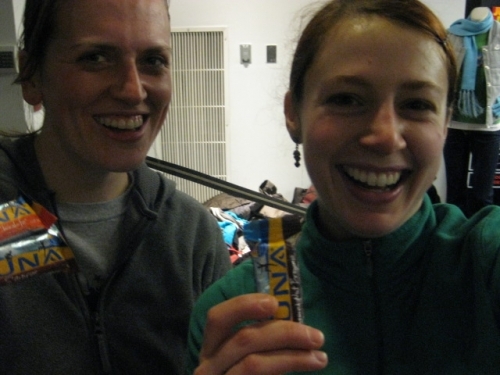 I also learned that I should never ever ever again choose a training run instead of strength training when I am short on time because then things like pulling my groin, glutes, and hamstrings in the same run are bound to happen. I learned that recovering from such pulls is near impossible when I am trying to train for a race, since the only way to recover fully is to stop running entirely.

I learned that going from running lots of miles per week to running zero miles per week is likely to result in significant weight gain (especially when cake is a staple in your diet) … and that I don’t care. 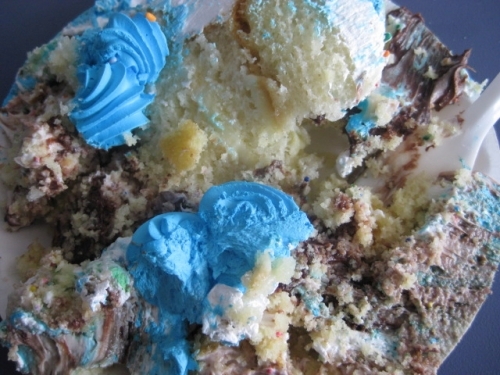 I learned that my stomach can handle over 2000 mg of ibuprofen per day, and that said dosage is necessary to reduce muscle swelling.

I learned that, despite useless limbs, I could still complete a 10k trail race and come in last … and that my friends would wait for me to cross the finish line: 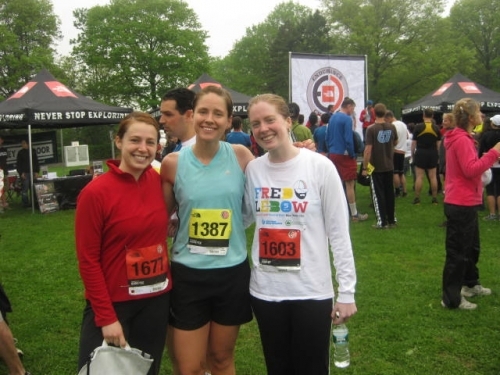 [And thanks to Sarah Whiting (center) for being the first person to drag me outside for a run when I was 16 and then for convincing me that a trail race would be super super duper fun when I was 26.]

I learned that, even with the best intentions to stop running completely in order to heal in time for the race, factors such as fashion and firemen sometimes carry more weight than logic.

I learned that a 13.1 mile walk/run on a gorgeous day through Brooklyn’s most beautiful park does not sound like such a bad plan. After all, as my good friend Miley says:

Ain’t about how fast I get there.

Ain’t about what’s waitin’ on the other side. [Except for the free goodies which, let’s face it, are the main reason I’m still participating in this darn race.]

Also, thanks to the exhilarating experience of pretending to train for this race, I was able to participate in an awesome first-time half marathoners’ email support group with these dazzling running divas: Andrea, Rose, Heather, Allison, Andrea, and Aimee. Thanks for hanging in there with me, ladies, even though I’ve long since stopped training for real!

Thanks also to my real-life training partners-in-crime: Erin Gunn and Kate! Having a buddy for the long runs makes a huuuuuuge difference.

Yay for the Brooklyn Half Marathon, 2009! I cannot wait for you to be finished 😀