The week started out slowly in terms of food finds, but it has quickly picked up steam. I have a hunch that today will be even more rife with contributions, so I’m getting these down before I end up with a novel!

Monday morning, Lillian offered me this biscuit to go along with my tea. I don’t know what it is about these biscuits — they’re so plain yet soooo addicting. 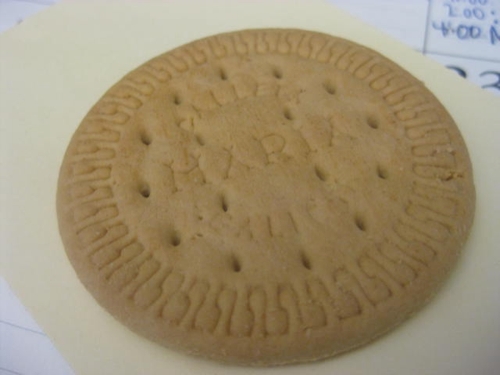 I also tried out one of my free Soyjoy bars from the health event last weekend:

I can see why the people at the event only let me take two of their sample bars (I still snuck a third) — they didn’t want me to know how un-amazing they were! I had asked if I could take one of each of the five flavors, and the lady turned me down. You’d think Soyjoy would want to give away as much as possible with all the soy controversy going around, but I guess she did not study marketing. Although, if she had given me one of each, I would have been able to say with confidence that every single flavor was lousy. So maybe she wanted to keep the lousy-ness a secret.

Anyway, the bar wasn’t gross or inedible by any means. It was just dry and kind of eh. I’ll eat them as I need them, but I’m not in a rush!

Tuesday morning, I went to a two-hour training downtown about deafness/hearing concerns. I had a suspicion that pastries might be present due to the breakfast timing, so I brought along a paper bag and a bunch of napkins just in case. I was right! 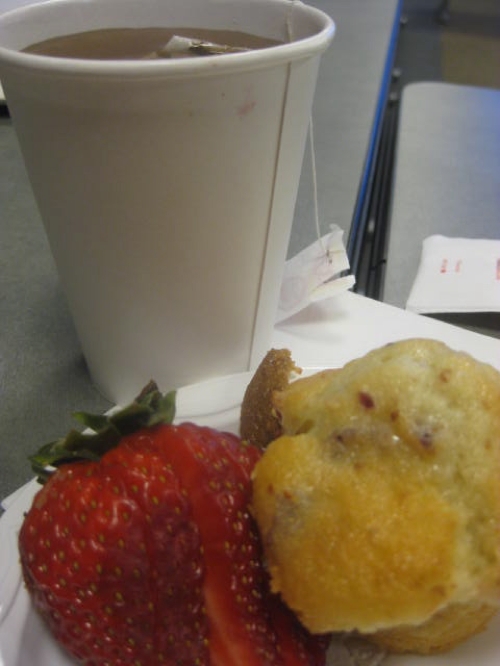 I packed up a bunch of bagels and assorted pastries for my freezer, and I contented myself with tea, the lone strawberry garnish, and a mini cranberry-orange muffin:

Also on Tuesday, Myrna brought in a bunch of purple-pink frosted tres leches cake from a birthday party her daughter attended over the weekend. Here’s my pile! 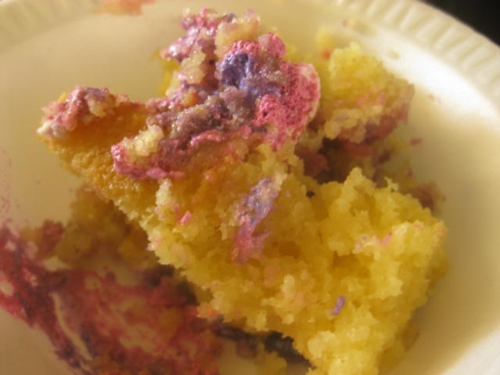 Salty-sweet trail mix from Rosey later in the afternoon:

What has fallen into your lap this week?