After yesterday’s frigid gym run, I wised up this morning and pulled heavy sweatpants over my capris, added an extra long-sleeved shirt, and donned the silly Peru hat and gloves: 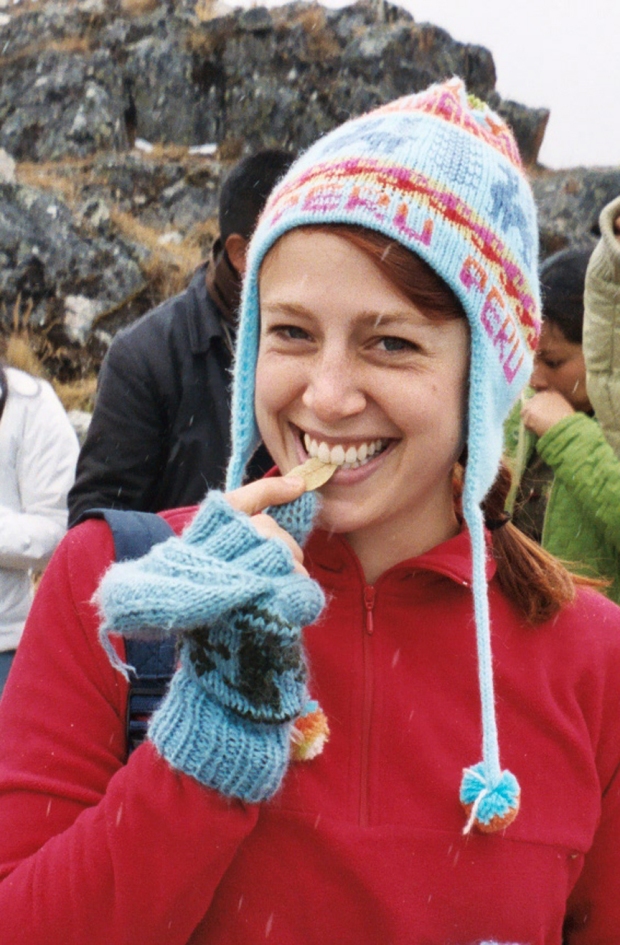 (That is Peru in the background — not Brooklyn. Although I did almost feel like I was hiking another glacier this morning while running home in the snow.)

I’ve been resisting the extra layers because I just take them off as soon as I get to the gym, and they add time (every second counts this early) and weight (I can’t stand running with anything extra attached to me). But I was so glad I bit the bullet because I felt cozy and snuggly running there and the snow had started by the time I came back — I probably would have been crying if I hadn’t had on full pants. While there, I swapped out my arms routine (since I did it yesterday) with legs/back/chest on the cybex. HRM said 1 hr and 16 mins, 476 calories, and 128 average heart rate/171 highest heart rate.

I made a tropical bowl of oats this morning … covered with coconut snow. Half cup banana bread crockpot oats, half cup yogurt, pineapple (from the nutrition talk two nights ago!) and strawberries, sprinkle of nutmeg, and blizzard of coconut: 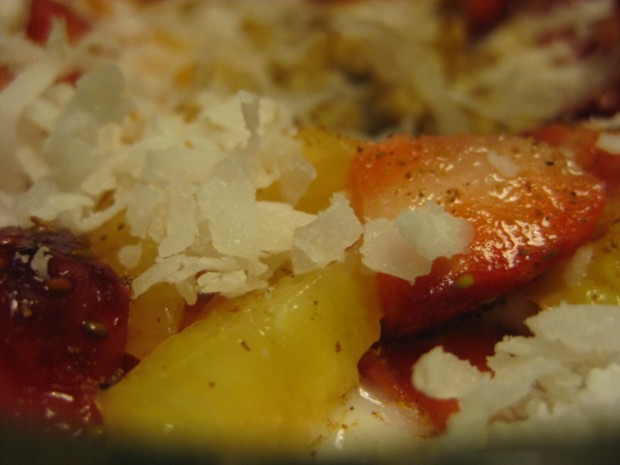 I had my peanut butter on the side because I didn’t want it to muddy the winter storm effect. Can you see it in the background? 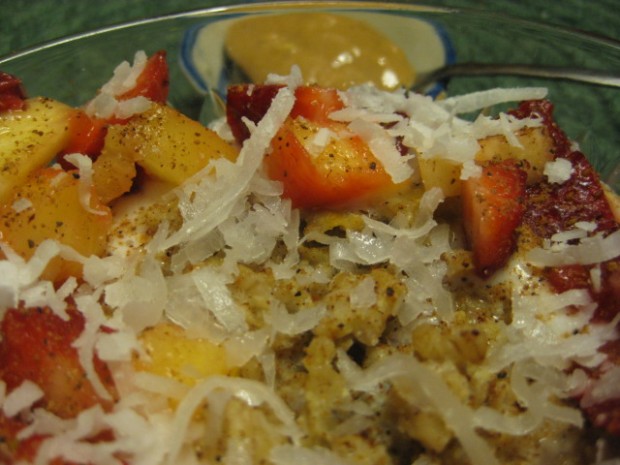 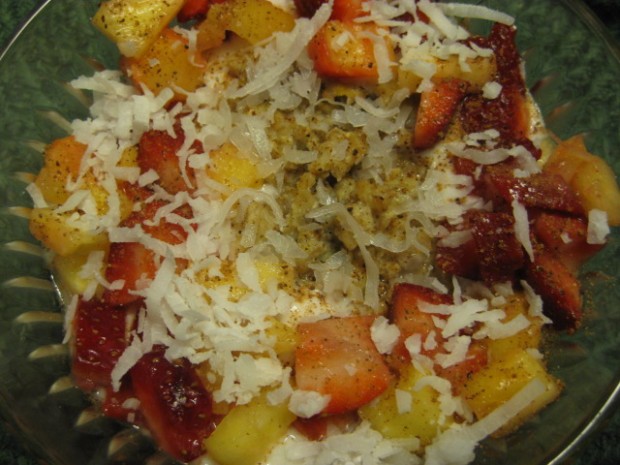 Many hours (and a 45-minute subway nap) later, it’s still snowing! Hopefully it calms down by the time I have to go outside again …