I spent the morning wrestling with this crazy orange. Well, maybe I only spent 9.34 minutes wrestling with it, but it was enough to make me late for my visit. The darn skin was on so tight and by the time I got it all off, it was past the time when I needed to leave. So I took the orange with me at 10:47 and inhaled it as I speed-walked from the office to the visit, causing me to arrive at the apartment with frozen solid orange-fingers. The offensive fruit:

I got back to the office at 12:17 and sat down for lunch at 12:41 with all the ladies. (Yeah, I’m totally ballparking all these exact times.) Lunch today was the lunch I had packed for yesterday and forgone in favor of tacos and Inginia’s spaghetti. Four stuffed kale leaves (cold) and half of a baked sweet potato (hot):

I also enjoyed a bite of Belkis’ colorful and delicious tuna salad:

And a little over a cup of Mildred’s chicken noodle soup: 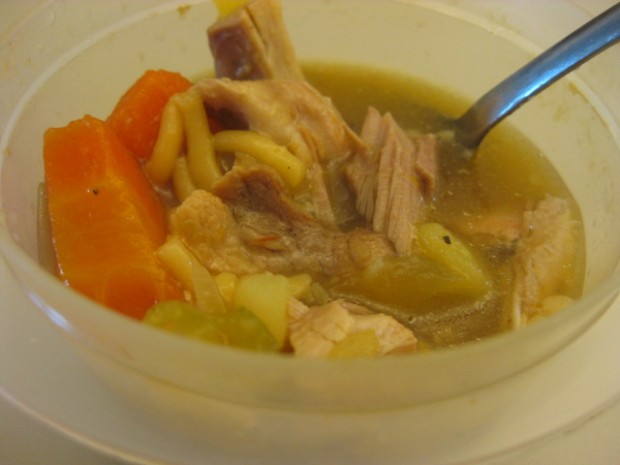 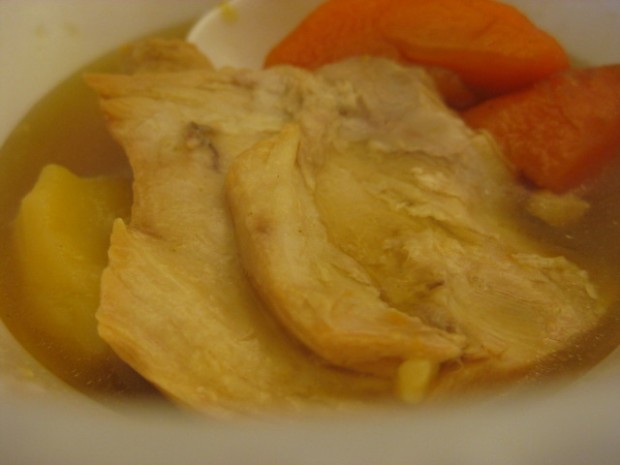 Plus a leaf or two of Inginia’s steamed kale because I can’t get enough, apparently:

Lunch dessert was another 1/2 cup yogurt with chopped strawberries, chopped banana, and a sprinkle of kashi golean crunch: 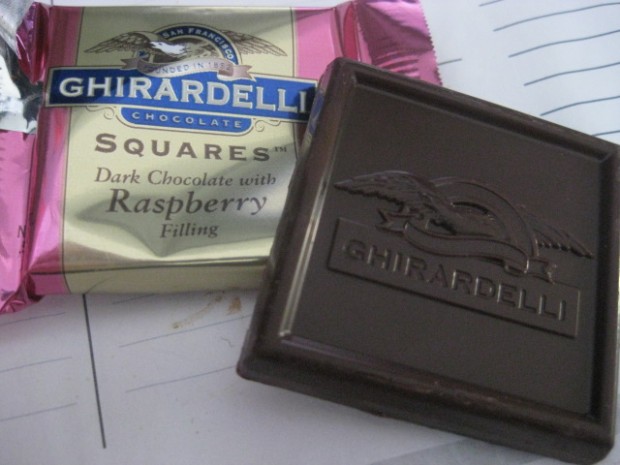 I’ve been saving that guy in my tissue box since Rosalie gave it to me last week, and there are still more where it came from! Looooove chocolate filled with things like that. It’s like a cadbury egg (my favorite candy) … except that it’s a square and dark chocolate and fruity instead of, hmmm, yellow? 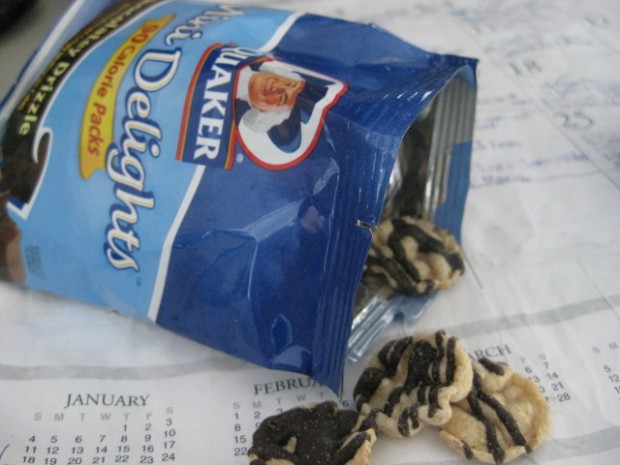 Oh, whoops, did I say air? I don’t know what’s wrong with me tonight. I meant to say a bag full of chocolate-drizzled Quaker mini delights:

They may as well have been air, though. They tasted fine, but my tummy had no clue whatsoever that it had just been fed. Luckily I went into another session at 4, so I didn’t have the chance to pour a candy jar down my throat or do something equally productive.

Post-work and pre-run, while still at the office a bit after 5, I made myself a sweet little 400-calorie “snack” (aka dinner). I picked this bar up (along with approximately five others) during a staff meeting last month:

And I decided that tonight was the perfect night to christen it (with a few embellishments of course). I heated the bar in the microwave for 30 seconds and almost stopped there … but inspiration struck: 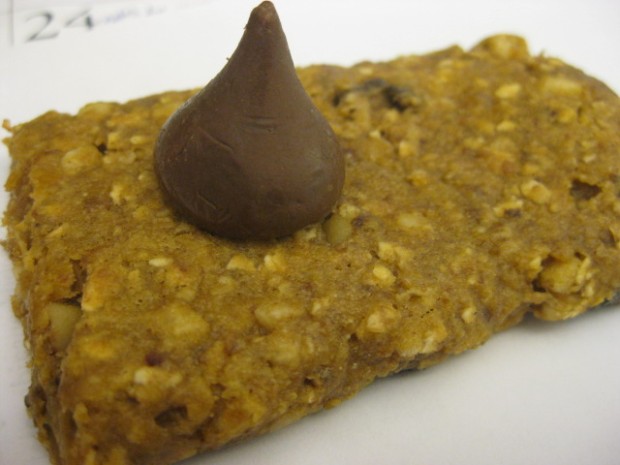 I placed a Hershey’s Kiss from the tissue box on top of the hot banana nut bar and let it melt:

And then — are you ready? — I swirled about a tbsp of peanut butter into the chocolate:

As I walked out at 5:32, I popped a werther’s in my mouth to “fuel” me through the four-block walk to the subway station:

Kate and I did four miles at The Club. Stats, including an additional 10 minutes of warmup/stretching: 48 minutes, 338 calories, 136 average heart rate, 166 max. Nike still hasn’t brought the post-run fruit buffet back (grrrr), but I did snag about 10 caramel nut brownie mini-lunas (the only flavor I tolerate). At this rate, my mini-Luna stash is going to outlive me — I eat them so infrequently because they taste like chemicals. On the train ride home, Kate and I celebrated Fat Tuesday with half a donut and half an apple each:

(The girl who took this picture asked where we were visiting from. I replied, “Oh, we actually live here. I just like to take pictures of myself with food …”)

I did not know today was Fat Tuesday or even what Fat Tuesday really was until I read this post about donuts at Bites of the Day. All I knew was that the nurses (of all people) at my agency were enjoying an unusually exciting meeting in the conference room, mere inches from my desk. When I saw them extract a bakery-fresh box of donuts, my eyes kind of turned into donut magnets and did not let the box out of my sight. The nurses all took off for the day before I did, leaving three donuts remaining on the conference room table to go stale overnight, the horror. I had to intervene. I convinced Nydia and Katty that they needed donuts stat, and I kept the third one for myself (or for splitting with Kate after the run). Here’s my sugar-coated fluffy bundle of joy:

I was home by 8:26 (yay for no subway drama!). I nibbled while prepping tomorrow’s breakfast and lunch and then ate these from the kitchen table centerpiece: 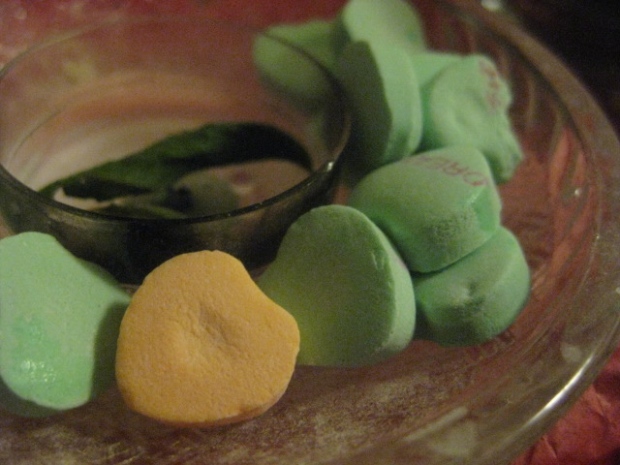 And that concludes my day as seen through the lens of food :-).

Also, look at this: a free Kashi meal!

And another giveaway alert: go see what Mara’s got for you at What’s For Dinner?!

Are you still awake?

14 thoughts on “Run for your doughnut”